Save money and spread the cost on Brompton bikes.

The iconic small-wheeled folder comes in countless configurations. Here’s a guide to getting the right one for your commute

Pass through any major railway station before or after work and the odds are you’ll see several Bromptons being wheeled across the concourse. Years ago people would stop and stare when you folded one into a compact package little larger than the 16-inch wheels. These days they’re part of the transport scenery.

Brompton is now the UK’s biggest bike manufacturer, building more than 40,000 each year, the majority for export. It’s a far cry from 1976 when inventor Andrew Ritchie was building prototypes in his bedroom, in a flat on London’s Brompton Road.

The Brompton’s success hinges, as it were, on its portability. Measuring just  58.5x56.5x27cm when folded, it’s the most compact folder with a ‘real bike’ ride. No bigger than a suitcase, it’ll slide between seat backs on a train, fit in the boot of any car, or even go by bus. There’s no need for a lock; it’ll go inside with you, parked under a desk or in the cloakroom with the coats.

The secret to its small fold isn’t just the wheel size but they way it folds. Many folders fold in half; the Brompton folds in three. You lift it by the saddle and flick the rear wheel underneath, so that the bike sits stably on its haunches. Then you fold the front end sideways and back, so the front wheel nestles alongside the rear, with the oily chain on the inside. That done, you lower the saddle – which locks the folded package together – and drop handlebar into place. Even the lefthand pedal folds. It takes about 15 seconds, and the same to unfold.

While the Brompton’s folding procedure, ride, and component quality have been refined over the decades, the fundamentals of its clever design were visible in the prototypes – at least in retrospect. Not so to the bike industry in the 1970s and ’80s, which didn’t want to know when offered the chance to build the bike. Brompton had to go it alone. The struggle to find financial backing was a brake on production. The Mark 1 Brompton went wasn’t launched until 1982, and only 450 were built. It was 1988 before the Mark 2 appeared. But then sales began building and building.

The Brompton initially existed as one model: a three-speed that you could have in any colour so long as it was red. Nowadays there are all sorts of a la carte options – gearing, colour, handlebar type, seatpost, tyres, lighting, luggage, and more. There are nevertheless some base models. These five span the range. 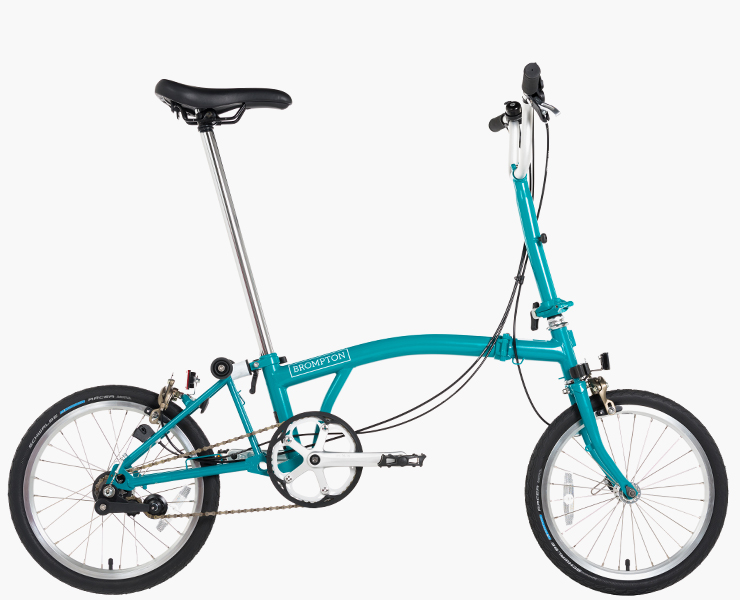 The least expensive Brompton, the B75 keeps things simple: what you see is what you get. That includes a 3-speed hub gear but not mudguards, which you’ll definitely want for commuting (factor £70 for those), and not the folding lefthand pedal, which you might want (£35). Happily the B75 is compatible with standard Brompton accessories and most components, so you can kit it out with luggage, lighting, and so on as finances allow. 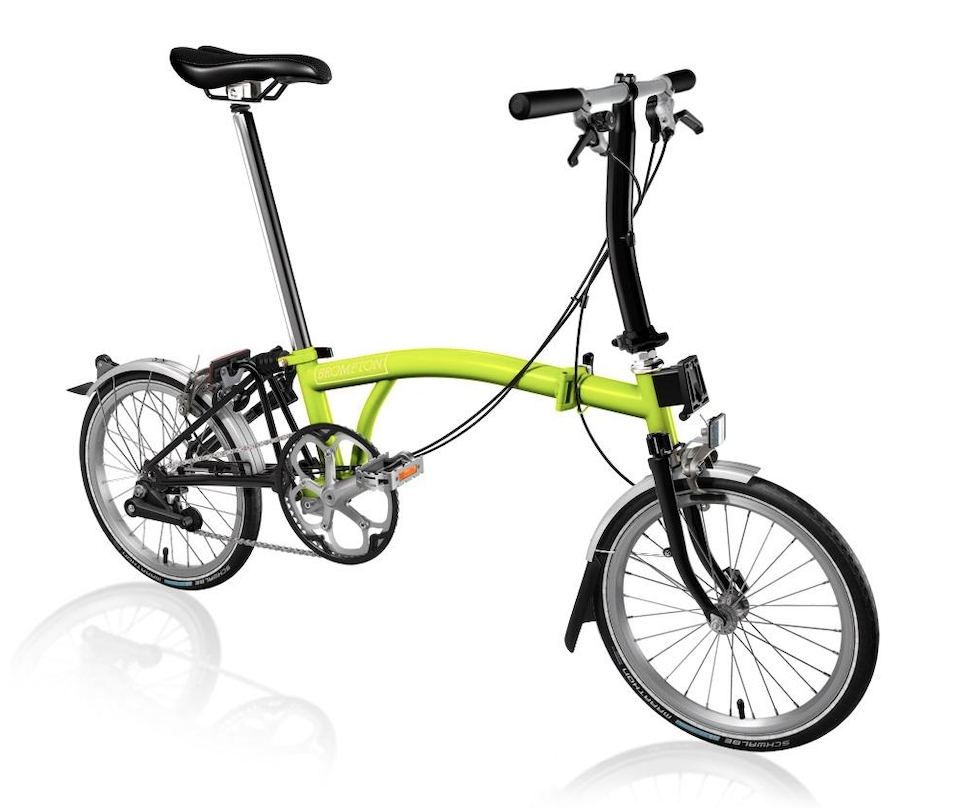 The 2-speed repurposes the chain tensioner that all Bromptons have as a derailleur, giving you an easier gear for starting off or climbing gentle hills and a higher gear for cruising. For flatter journeys it’s enough, and it saves weight over the 3-speed hub, making the folded bike easier to carry. The L in the name is the code for mudguards, while the S refers to the sportier-positioned flat handlebar. A front carrier block is included, enabling you to fit any of Brompton’s excellent bags. These clip on and off in seconds, and the luggage weight over the front wheel helps stabilise the bike’s light steering. 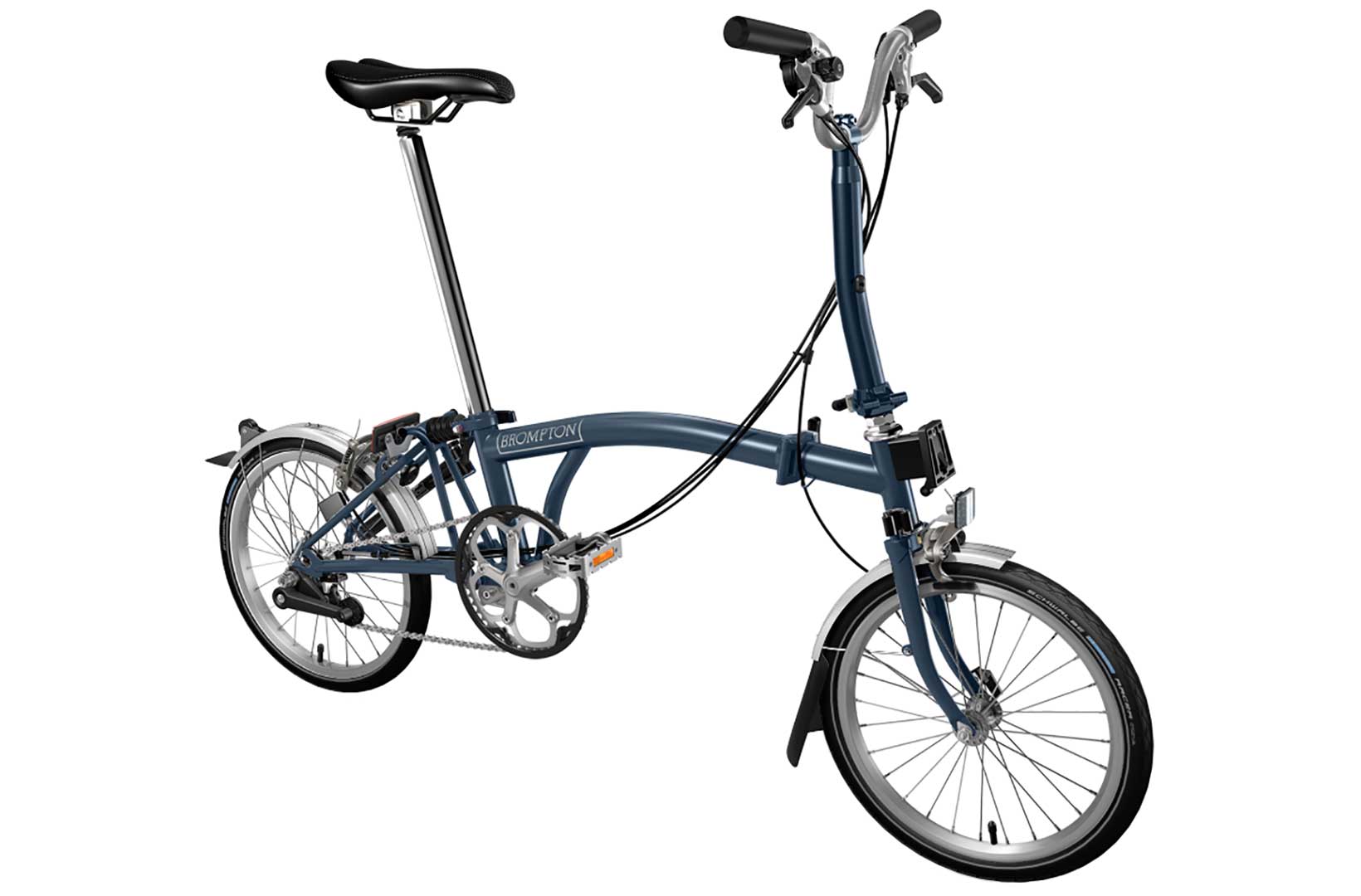 All 6-speed Bromptons combine a 2-speed derailleur with a 3-speed hub to give six widely spaced gear ratios. For hilly terrain or longer distances, this is the best gearing option. Again, the L here refers to mudguards. The letter M is the handlebar setup – a riser bar that provides a more upright position that’s comfortable but not as good for athletic riding as the flat S-bar. A front carrier block is included, and as with most Bromptons you can choose from a wide range of frame colours and upgrade options. 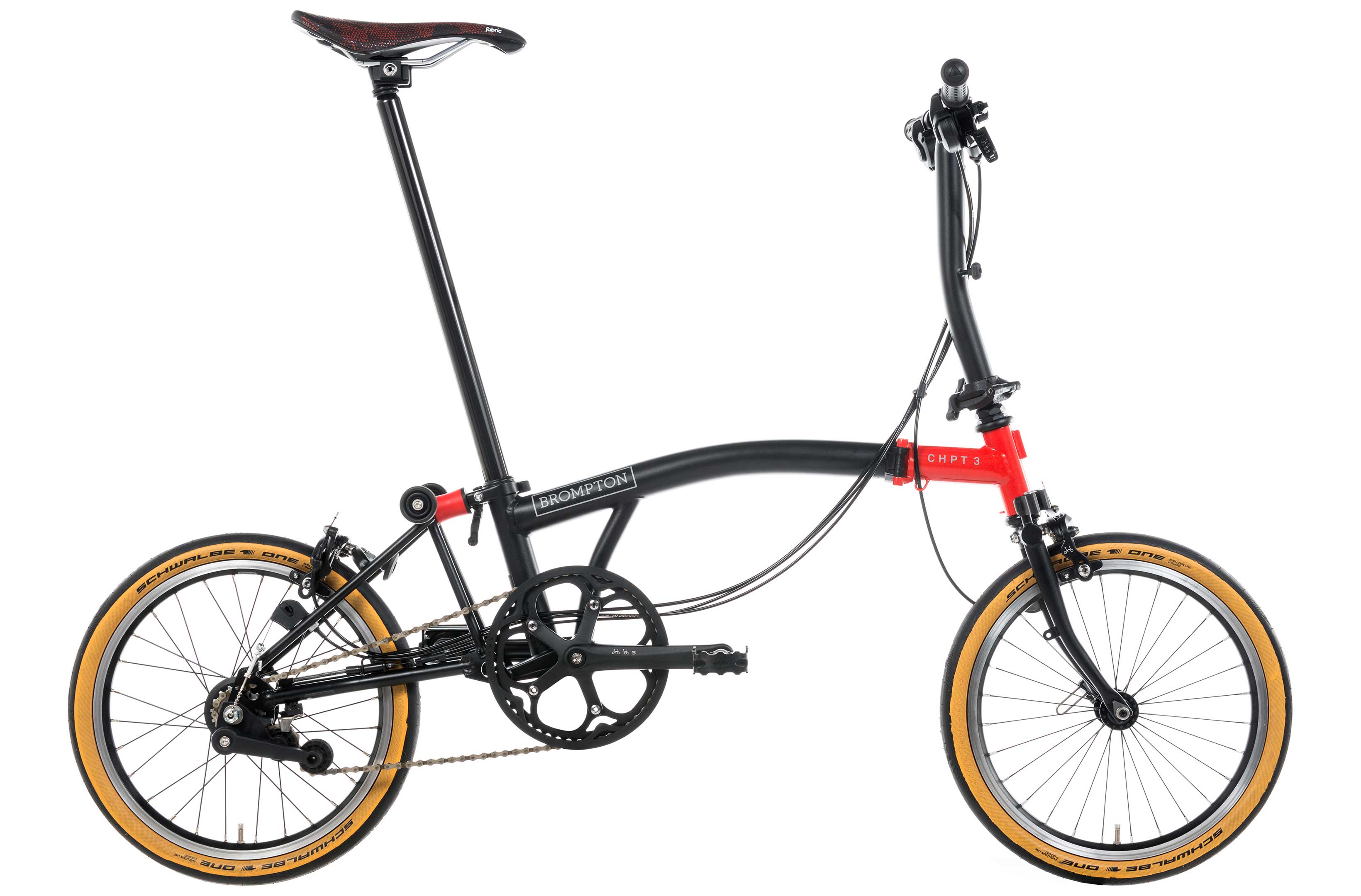 A ‘superlight’ Brompton with a titanium rear frame and fork has existed for a while. The CHPT3 is a development of that, created in collaboration with ex-pro racer David Millar. It’s a Brompton for roadies! It’s lightweight (10.3kg), despite being a 6-speed, and has the sportier S-type handlebar. The Schwalbe One tyres are like a race bike’s but downsized to fit a Brompton, while the suspension block at the rear is firmer to prevent pedal bob when accelerating or climbing. Saddle and grips are firmer too. It won’t suit everyone – no mudguards for a start – but if you want the raciest Brompton, this is it. 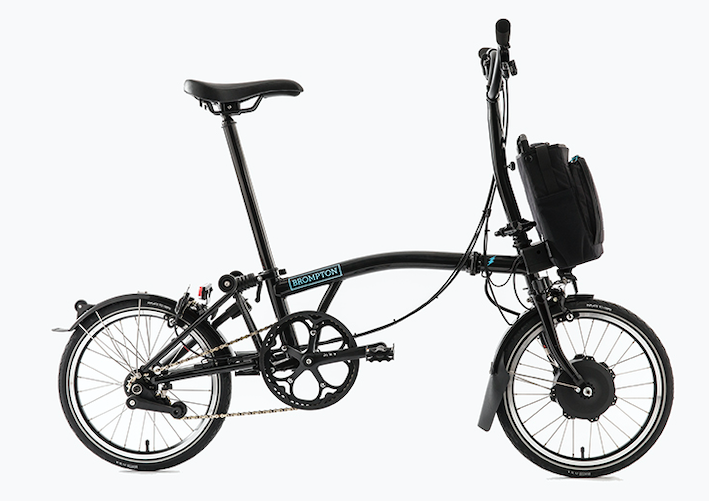 The new, electrically assisted Brompton is available as a 2-speed (this one) or a 6-speed (£120 dearer and a kilo heavier); H, incidentally, refers to the higher-rise handlebar. The battery that powers the front hub motor is cleverly integrated into the front bag, as are the e-bike controls. It clips on and off easily for charging, folding or carrying. The only downside is that the battery takes most of the space in the bag, unless you invest in the bigger City Bag (£130). The battery has a range of 20-45 miles per charge, depending on assistance levels used, terrain etc. While the bike’s folded size is the same as a standard Brompton, the electric version is heavier: 13.7kg for the H2L, plus 2.9kg for the battery bag.