Save money and spread the cost on Giant bikes

Some of them are built for other brands, which is how Giant began in Taiwan in 1972. It wasn’t until 1981 that the company started building bikes under its own name, as well as those for others. Today it has manufacturing facilities in the Netherlands and China as well as Taiwan.

Giant’s size provides economies of scale, so its bikes are competitively priced. It also means that Giant’s innovations tend to stick. In the early days, Giant was in demand for its lightweight chromoly frames but it was one of the pioneers of aluminium frames, and in 1987 launched the first affordable carbon fibre road bike: the Giant Cadex 980C.

In the 1990s, Giant changed the design template for road bikes by launching compact frames. These had the sloping top tube and smaller rear triangle you now see on many bikes. The design is laterally stiffer, because the frame triangles are smaller; potentially lighter, for the same reason; and more comfortable, as there’s more (somewhat flexible) seatpost sticking out. Compact road frames initially came in just three sizes – small, medium, and large – with different stems and seat heights to customise the fit. By 1998, the ONCE pro cycling team were using compact frames and the sceptics were silenced.

In the off-road world, Giant launched its Maestro suspension platform in 2004. Still used today, it soaks both trail chatter and big hits without undermining pedalling efficiency, and it continues to work well when braking. Giant was an early adopter of 27.5in wheels off-road, now one of the primary standards.

In 2008, a new brand was launched around its range of women’s bikes: Liv/Giant, latterly simplified to Liv. Giant was producing quality e-bikes long before the current boom and now has an extensive range. Perhaps because of the Dutch connection (that Netherlands facility) Giant has long offered bikes with practical accessories. Great news for commuters!

Giant is the world’s biggest bike manufacturer and its range is as wide as you’d expect. The examples below are just a tiny sample.

With its lightweight ALUXX aluminium frame, upright positioning and high-quality parts that give it a smooth, comfortable ride, the Escape Disc is totally versatile and totally fun to ride. It now features a high-quality composite fork* and innovative D-Fuse seatpost. Both are great for smoothing out rough roads, absorbing shocks and vibrations, and giving you a smoother, more comfortable ride. The disc brakes deliver powerful braking performance in dry or wet conditions, and the 700c wheels with Giant EasyRide Tubeless tyres (on select models) keep you rolling with speed, efficiency and a reduced risk of flats. As an added bonus, there’s clearance for larger tyres up to 45mm in width, which makes it easier to ride rougher roads. It comes with integrated mounts, so you can customize your ride with racks or fenders. Whatever road or path you choose, Escape Disc is ready to roll. 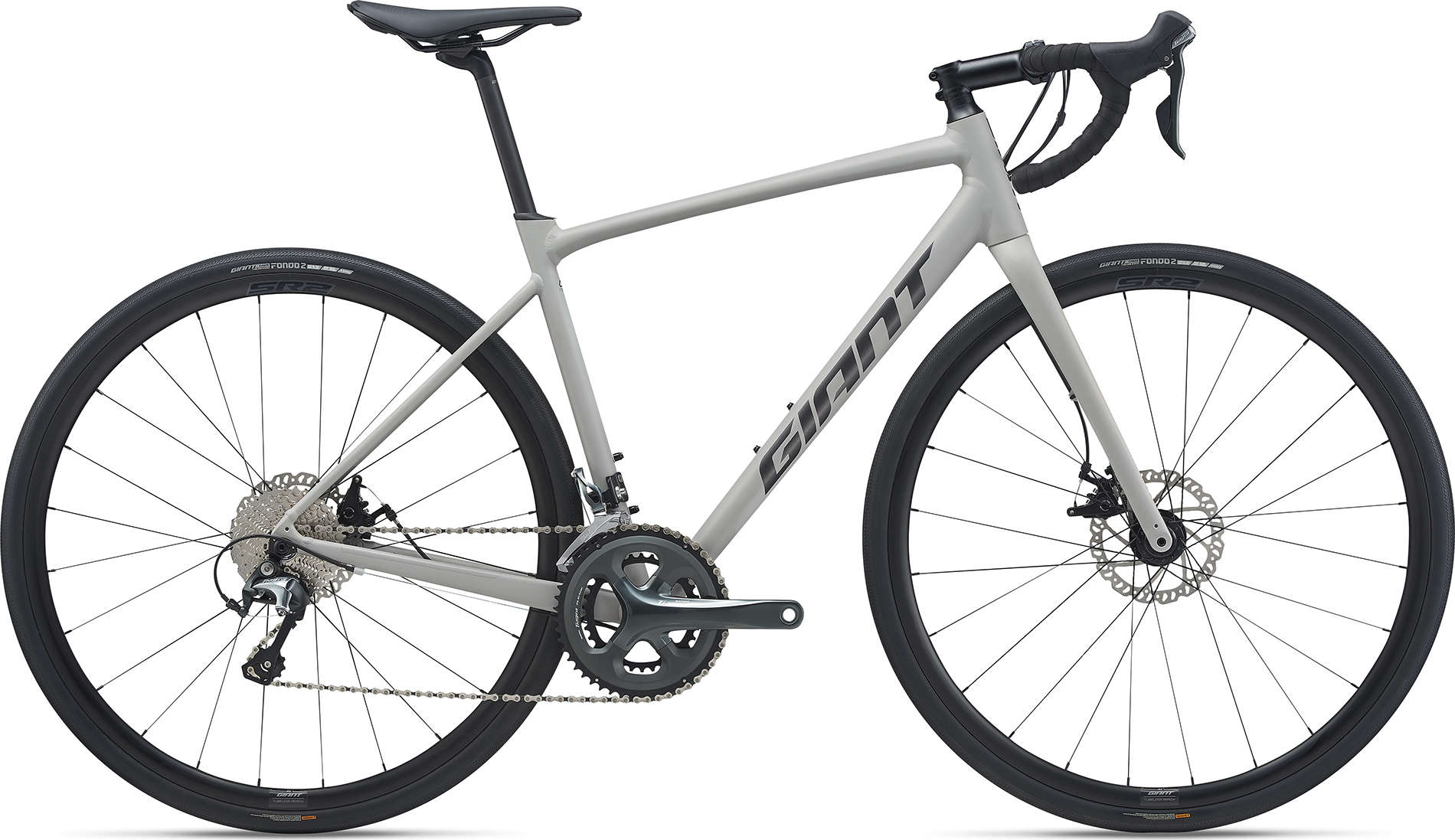 Designed and developed for aspiring riders looking to elevate their road riding capabilities, Contend AR combines a smooth, responsive ride quality with an ability to handle adventurous new routes. Its disc-brake integration and generous tyre clearance (up to 38mm) put you in control, even on rough roads. Its D-Fuse composite seatpost dampens road vibrations, giving you a smoother, more enjoyable ride experience and minimising fatigue. This is a true all-rounder for those road riders who have a thirst for adventure. 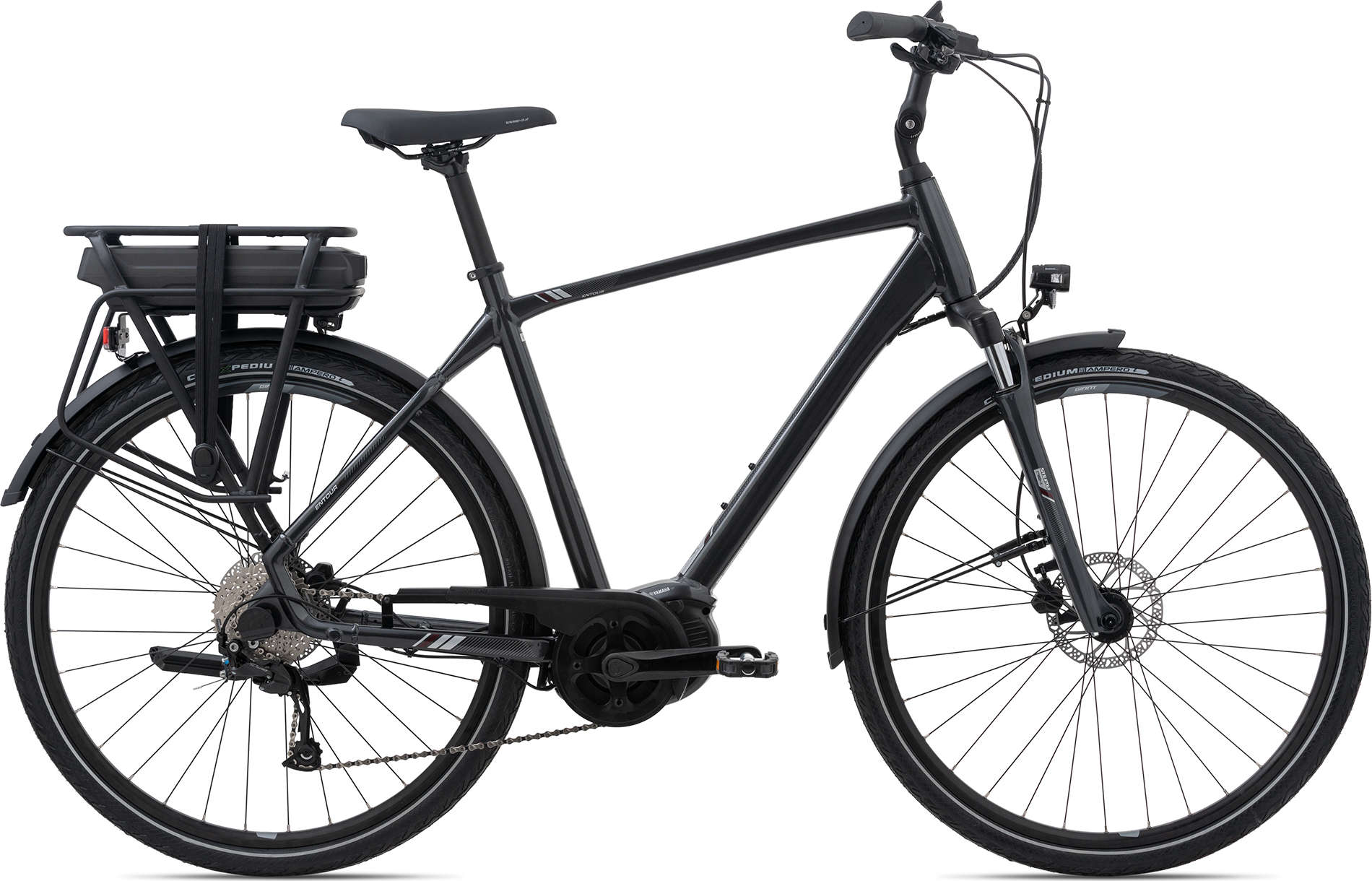 This smooth-riding city E-bike can help you cover longer distances with less time and effort. Smart Assist technology determines and provides just the right amount of support you need to have a comfortable ride. You can tune your support ratios up to 300 percent. The Entour E+ also gives you the power to ride further with a 400 or 500 EnergyPak that mounts neatly behind the saddle on the rear rack.