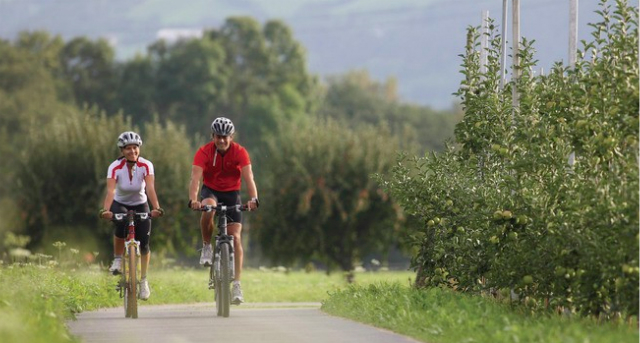 We don't pay for the roads we use, we risk our lives, and we're all sweaty… Myths about cycling abound among non-cyclists. Here are some rebuttals.

The driver doesn't understand why you were riding further out from the kerb, preventing him from overtaking at a pinch-point. 'You bl***y cyclists don't even pay road tax!' he shouts, agog at your impertinence. Your friend or co-worker says she'd like to cycle to work but won't due to the danger/difficulty/sweat. When you're a cyclist, you hear a lot of myths about cycling from people who don't. Here are rebuttals to ten of them.

They've never been cheaper in real terms. A hundred years ago, a decent bike cost about a month's wages. In 2015, the average weekly wage is a little under £500, easily enough for a good quality bike; you could get an adequate one for half that. Yet you're unlikely to regret getting the better bike, especially if you get it via Cyclescheme, which saves at least 25% on the price and enables you to spread the cost.

See how much you or your colleagues could save:

Well, that's true, but then no one does either, because it doesn't exist. Road tax was abolished in 1937. What drivers pay is Vehicle Excise Duty (VED). The amount depends on the vehicle's carbon dioxide emissions, with owners of low-emission vehicles (Band A) paying nothing. Since bicycles are zero emission, cyclists would pay nothing even if bicycles were subject to VED. Note that VED is not ring-fenced for roads, just as the tax on alcohol doesn't directly pay for alcohol-related illnesses. Roads are paid for out of: general taxation, which includes everything from income tax to duty on booze; and local taxation, which is to say, Council Tax. If you pay tax, you pay for roads. For more information, visit the ironically named website ipayroadtax.com. 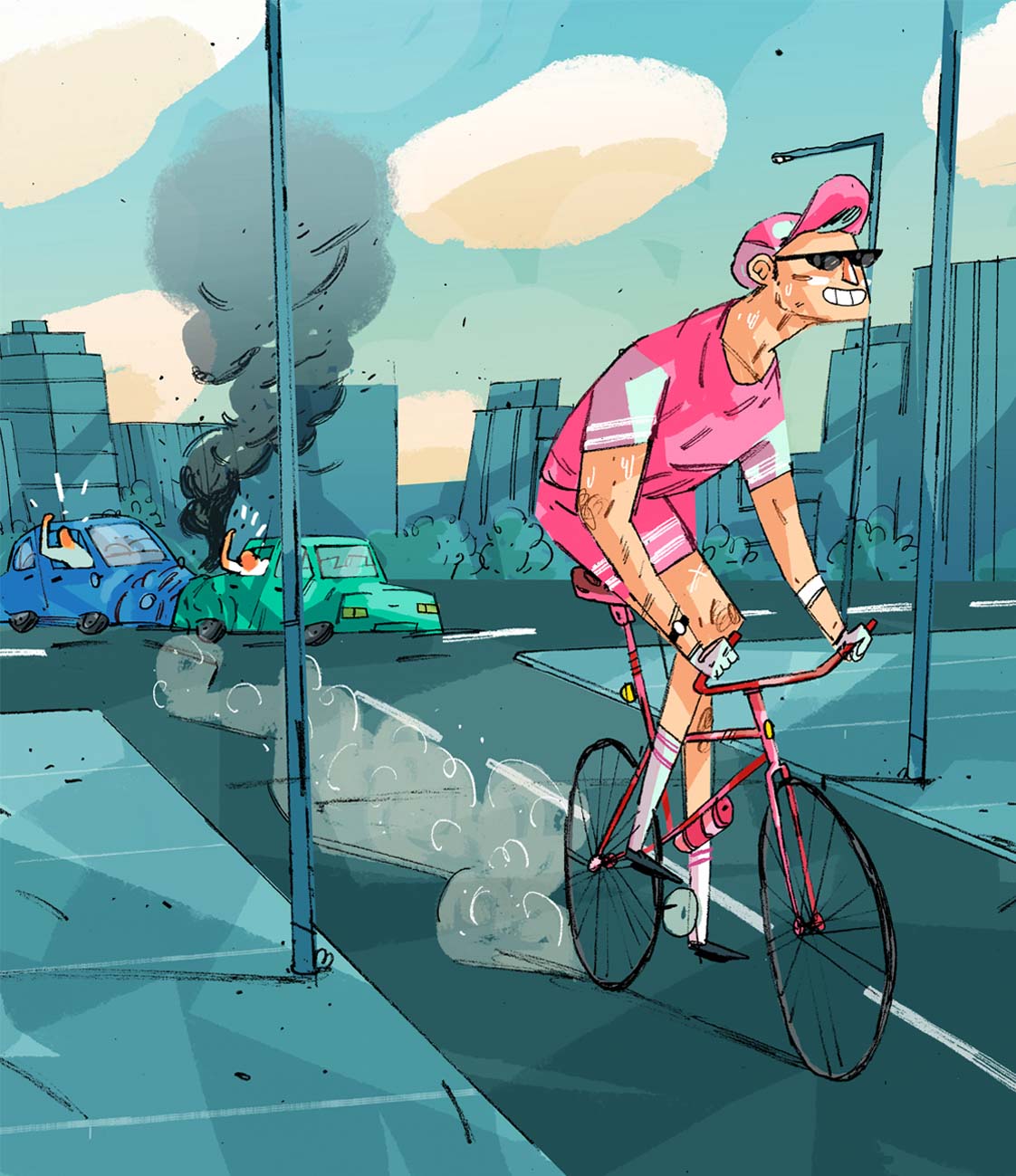 3. Roads were built for cars

Only motorways were built for cars and not bicycles. The vast majority of the UK's road network is for all road users, including cyclists. Most of our roads pre-date the car in any case. Some of them are Roman! Roads have been surfaced better over the last hundred years, but the impetus for that came largely from cyclists in the late 19th and very early 20th centuries, when cars were in their infancy and hardly anyone owned one. The motoring lobby merely took up the baton of the cycling lobby. To read more, visit roadswerenotbuiltforcars.com.

Cycle lanes are painted areas on the road, while cycle tracks are separate from the road. Cyclists are not obliged to use either; even the Highway Code says to use them 'when practicable' (that is, useful). Some cycle lanes are not useful: they're too narrow and place you too close to the kerb. Cycle tracks vary too. Some are convenient, while others are badly lit, badly maintained, or force you to give way at every side road. One day we may get wonderful cycle facilities like they have in the Netherlands – some of which are compulsory. In the meantime, if a cycle lane or cycle track helps you, use it; if it doesn't, don't.

It might feel safer to be 'out of the way of the traffic' by hugging the kerb, but it's not. You never want to be closer than 50cm to the kerb and should often be a metre out or more. Sometimes you'll 'take the lane'. That's riding in the centre of the lane. By riding further out, you make yourself more visible to drivers and force them to react to your presence. They'll need to overtake properly rather than squeezing past when there isn't enough room, and if you've taken the lane at a pinch point or junction, because it's not safe for drivers to pass, they'll need to wait behind. Cycling organisations such as British Cycling and CTC endorse this advice, as do motoring organisations such as the AA and the Institute of Advanced Motorists. For a detailed guide, see cyclecraft.co.uk. 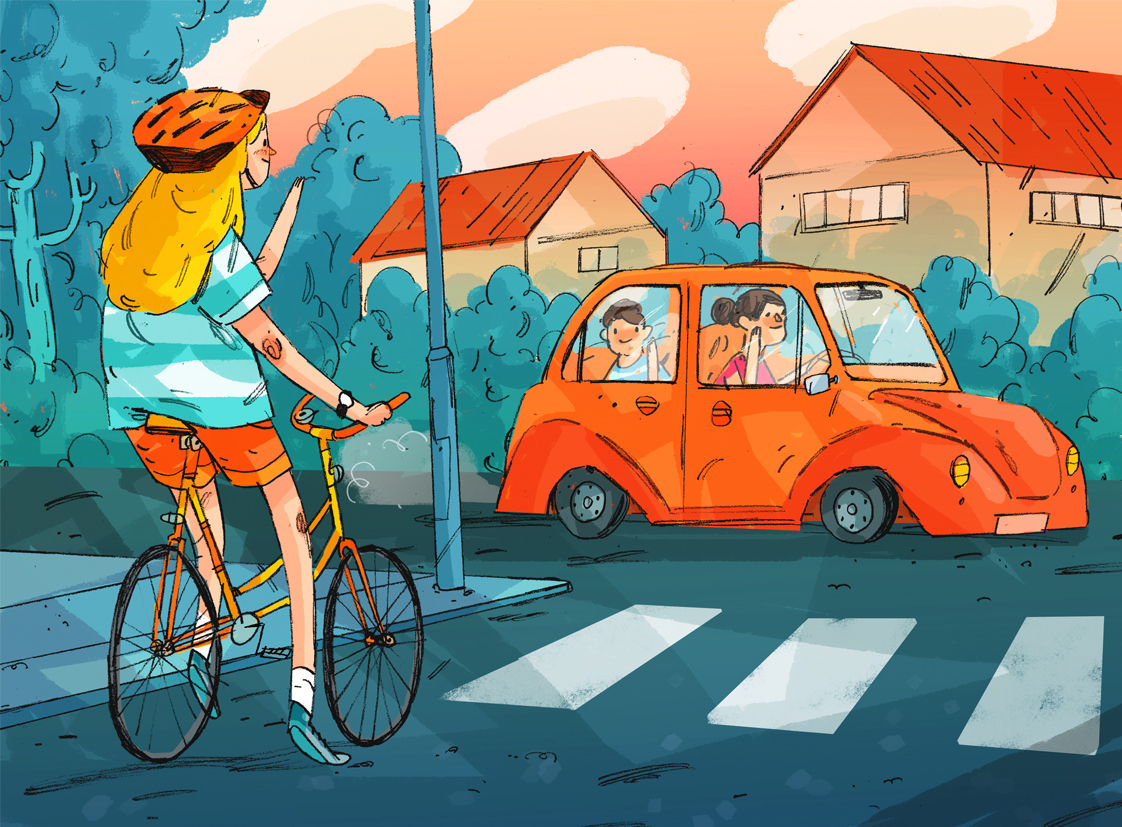 Some do, and shame on them. It's not 'all cyclists', however, or even most, but rather a minority. The statistics suggest that car drivers are equally likely to transgress. According to the Department for Transport, disobeying automatic traffic signals was a contributory factor in 1% of cycle accidents and 1% of car accidents in 2013. That's 187 and 1,664 accidents respectively, so while the proportions may be equal, there are many more drivers than cyclists causing accidents by running red lights.

7. You can get points on your licence for cycling offences

You can't. You can, however, be fined. Amounts range from a Fixed Penalty Notice of up to £50 for minor offences, such as failing to stop at a red light, up to a maximum of £2,500 for Dangerous Cycling. Note that some offences don't apply to cyclists, only to drivers of motor vehicles. For example, cyclists can't be prosecuted for breaking the speed limit on public roads or for talking on a mobile phone, although the cyclist might be guilty of Carelesss Cycling (or even Dangerous Cycling) in either case. While cyclists are exempt from breathalyser tests, it is still an offence to cycle while under the influence of alcohol or other drugs; you can be fined up to £1,000.

Like any activity, cycling has risks. Around 100 cyclists die in UK road incidents each year, and many more are injured. Cyclists are about 11 times more likely to be killed than car drivers, per mile travelled. That sounds even worse than it is because 'per mile' is a poor comparator; drivers travel much further. A driver who travels 11 times as far as a cyclist in a year is just as likely to have a fatal incident. The risks involved in walking, cycling, and driving are broadly comparable, when considered in terms of time spent doing that activity. And to put the risk of cycling into perspective: coronary heart disease kills 75,000 people per year in the UK. The British Heart Foundation reckons that one-in-ten of these deaths (7,500) is attributable to physical inactivity. That makes it 75 times as dangerous to be a couch potato as a cyclist!

Cycling does make you fitter, but you don't have to start off fit. Cycling is the most efficient form of muscle powered locomotion on the planet. It takes a third of the energy that it would take to walk the same distance. The perception that cycling is tough comes from cheap and nasty bikes, bad bike set-up (saddle too low, tyres too soft, brakes rubbing…), and from trying to pedal in too high a gear. Good bikes, properly set up, are a breeze. If work nevertheless seems too far away, or the hills too steep, how about a pedelec? That's an electrically-assisted bike that amplifies your pedalling effort.

Linked to the idea that cycling is hard work is the notion that it must therefore make you sweat. If you dress too warmly and/or ride too hard, then yes, cycling will make you sweat. Solution: remove that sweater and slow down. Treat cycling not like running or jogging but like walking. Pedal easily and 'stroll' along. It's more comfortable riding like this on traditional town bike or sit-up-and-beg style hybrid than it is on a racer. Give yourself plenty of time for your journey and carry your luggage on the bike instead of your back. You'll arrive sweat-free.