Cyclescheme: Are Cycle to Work Schemes Worth It? 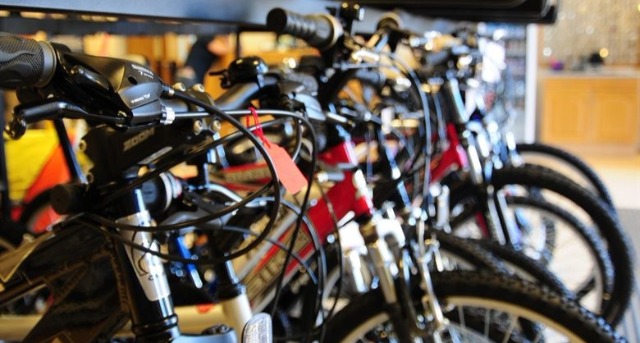 Don’t buy a bike or cycling equipment until you’ve read this. Cyclescheme can save you hundreds of pounds compared to cash or credit. Here’s how.

It’s time to scratch that new bike itch. You don’t want to save up for it, however; you want to be cycling to work on that £1,000 thoroughbred next week. So what do you do? If you’ve got cash in the bank, you can walk up to the counter and hand over your debit card – or type in the details online. Buying like this seems sensible. Your grandad who never borrowed in his life would be proud. Yet if you’re standard rate taxpayer, you’d be torching £250 of your own money compared to getting the bike through Cyclescheme.

If you use Cyclescheme, you could still be commuting on that new bike next week, only you wouldn’t pay up front. You’d pay in 12 monthly instalments, plus a final payment at the end, and you’d be £250 richer. That sounds too good to be true because we associate spreading the cost, through a loan or other form of credit, with paying extra. That’s how banks and other providers make their money. You get what you can’t afford now – and you pay them for the privilege.

How much extra you pay depends on the Annual Percentage Rate or APR. Ignore the temptingly small monthly interest figure unless you will be paying off the debt in a month. Interest is compound, so you end up paying interest on the interest. Bear in mind too that most APR figures are ‘representative’. That means at least 51% of customers get this APR. Yours might be higher; confirm it before signing anything. Generally, the shorter the term of a loan, the higher the interest rate.

Most lenders are up front about costs and will show the final amount you’ll pay. If not, type the amount and the time period into a loan calculator like MoneySupermarket’s. We’ve used £1,000 and 12 months to compare different options, so you can see how they stack up.

With Cyclescheme, you pay nothing up front, and then there are 12 monthly payments. In our example, these monthly payments are £83.33. The critical difference is that you pay this amount through salary sacrifice. It’s deducted from your gross salary, not your net earnings. That means you don’t pay income tax or national insurance on the payments you’re making on the bike. This is where the savings come from.

Taking out a loan

Putting it on a credit card

There are countless different credit card deals. It’s possible to get a card that charges 0% on purchases for 12 months – essentially, an interest-free loan (see below). More commonly, you will pay interest unless you clear the balance in a month.

Finance deals from bike shops are simply loans. They’re often better than bank loans because they’re specifically designed for customers borrowing bike-price amounts for year or two. You can readily get 9.9% APR over 12 months. That would make your £1,000 bike cost £1052.08, so the credit is costing £52.08.

Increasingly, shops are offering 0% finance. You pay only the purchase price. Normally, you’ll pay a deposit of 10% or so up front, then 12 monthly payments. So in our example, you’d pay £100 to take the bike away, then £75 a month for the year. It’s even better than paying cash up front! But while it’s good, it’s not Cyclescheme good.

Do I need cycle insurance?

Whether your cycle commute consists of country lanes or busy city roads, you won’t need...

One silver lining of the pandemic is that we can still ride our bikes. In fact, we’re encouraged...

How well do you know the Highway Code?

The Highway Code contains vital information, advice, and road traffic law. Yet most of us...