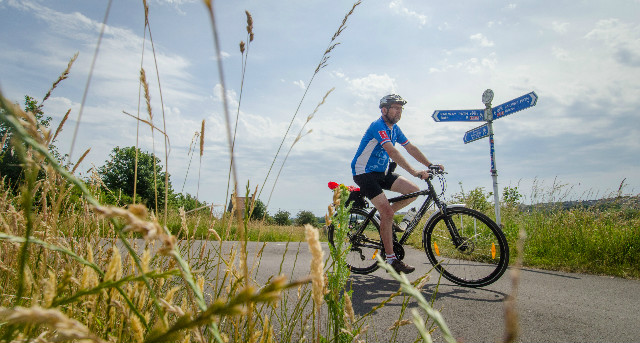 Why not use the National Cycle Network to travel to these foodie hotspots and sample some of the best treats the UK has to offer this autumn? And by combining it with a cycle ride it's guilt free chomping.

Our Bristol to Bath Path is a 13 mile ride or walk between the two cities. The route starts in the historic harbourside of Bristol, and passes via Mangotsfield, Warmley and Saltford before arriving in the heart of Bath, where you can enjoy the biggest food festival in the South West. You’ll be able to feast on loads of goodies including cheeses, vegetarian dishes, wines, afternoon teas, foraged foods, mushrooms and cider.

This October our Rea Valley route will bring you right to this year’s Oktoberfest in Birmingham, where you’ll find a variety of German beer, food and music to feast on. This ride links Birmingham City Centre with Cannon Hill Park and King's Norton Park via the Rea Valley.

You can't go without a pasty in Cornwall and The Chough Bakery in Padstow are winners of the 2016 World Pasty Championships.  The Cornish Way makes up part of Route 32 which travels right into the beautiful coastal town of Padstow, a famous foodie destination.  The next leg between Padstow and Bodmin is known as the Camel Trail and is one of the most popular recreational routes in the country. 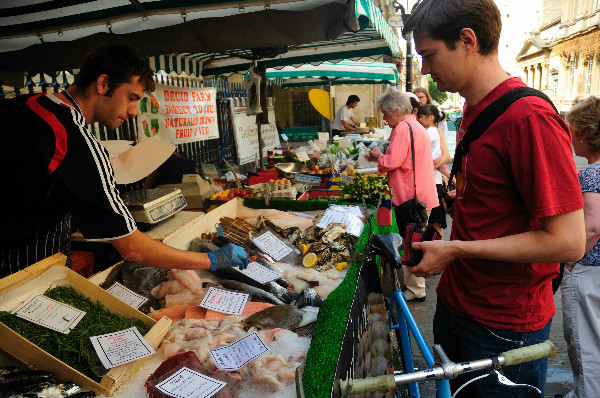 This autumn, visitors to the Monmouthshire Food Festival at the magnificent Caldicot Castle will be able to explore some of the best food Wales has to offer. From the demonstration theatre – where the very best chefs in the county will be showing off their skills – to the producers’ market, where you’ll find plenty of tasty goodies to take home with you from the local area and beyond. You can reach this foodie day out by cycling along our Celtic Trail East. If panoramic views, wildlife-rich country parks, fascinating heritage sites and attractions is what you’re after then you’ll love this cycle route

Route 75 runs from the centre of Edinburgh on a largely traffic-free path down to The Ship on The Shore at Leith. Why not treat yourself at this seafood and champagne bar, which even has a section on its menu dedicated to crustacea and molluscs?

6. Afternoon tea at Betty's in Harrogate

Betty's is an institution and it’s only two minutes away from the Harrogate to Ripley cycle route, which begins at Harrogate station. Betty's has been there since 1919 and has over 300 breads, cakes and chocolates. Why not treat yourself to an afternoon tea with miniature sandwiches and handmade cakes and scones – yum.

The section of Route 85 between the bustling Welsh country town of Llangollen and Pontcysyllte Aqueduct is popular with families. It’s a haven for sightseers, cyclists and walkers of all ages and the aqueduct is one of the finest in the world. Combine a ride along the picturesque route with a visit to this quaint food festival at Llangollen Pavilion. Having been listed in the top 10 food festivals in Britain by the Independent, it’s sure to be a great day out.

Winner of a Best Informal Eating Place award and the first inn to achieve CAMRA LocAle Accreditation, The Lade Inn serves great food and fantastic real ale. It’s a well-known stopping-off point on the classic Route 7 from Glasgow to Inverness. The Lade Inn itself sits in The Loch Lomond & The Trossachs National Park with its picturesque lochs, forests and bustling tourist towns

Route 64 starts out on the Northamptonshire-Leicestershire border at the pretty town of Market Harborough and travels north to Melton Mowbray. Home of the famous pork pie, Melton Mowbray is well worth a stop for food lovers. It also has a farmers market every Tuesday which dates back to 1077.

The first ever New Forest Food & Drink Festival will be a week-long celebration featuring 15 key themes, ranging from New Forest Pannage pork to the delicious local seafood from the region’s ‘secret coast’. Route 236 runs from Cosham to Portchester and Southampton to Lyndhurst in the heart of the New Forest.