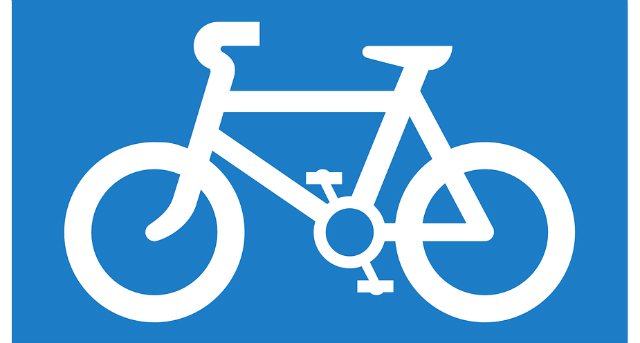 Despite their clarity, some of the UK’s traffic signs are widely misunderstood – particularly those relating to cyclists.

You don’t have to spend long cycling or driving to realise that some road users don’t know or care what road signs mean. Maybe they’ve forgotten. Maybe they never really learned; before the introduction of the UK driving theory test in July 1996, a handful of answers was enough to secure a licence. And some road users, including cyclists, aren’t required to pass a test. Fortunately, British road signs are fairly unambiguous; often you’ll get it right by guessing. However, if you need to brush up on your knowledge, download a copy of Know Your Traffic Signs – the source for the images used on this page. Here are a dozen traffic signs and signals that any cyclist, and anyone who will be around cyclists (everyone!) needs to know. 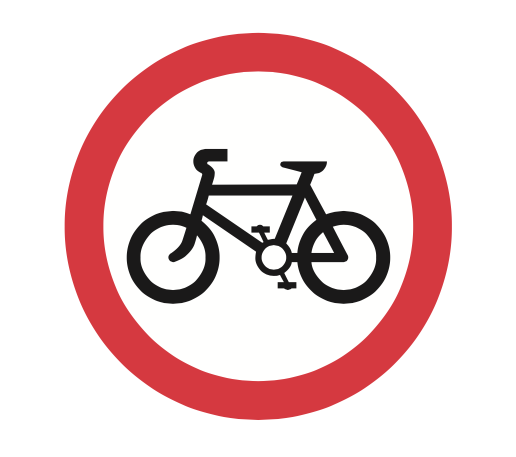 Any instruction in a red circle tells you something you must not do - in this case, ride your bike beyond this point. Note that only riding is prohibited. You can get off your bike and push it. That’s push it, not scoot it along. Scooting a bike is something a court, should you end up there, would likely rule to be the same as cycling. 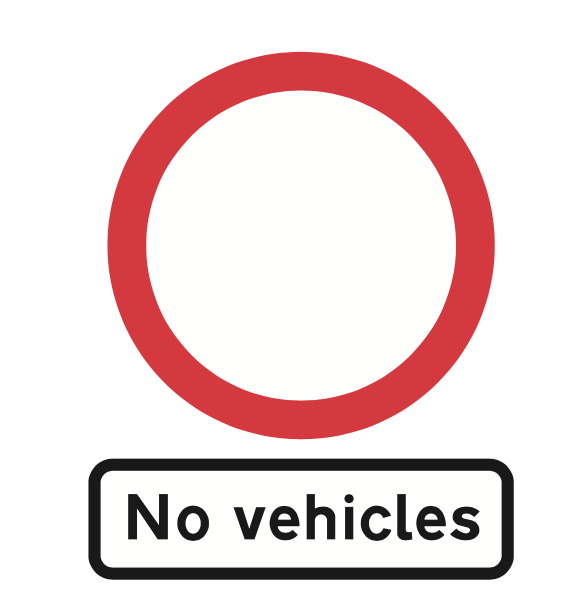 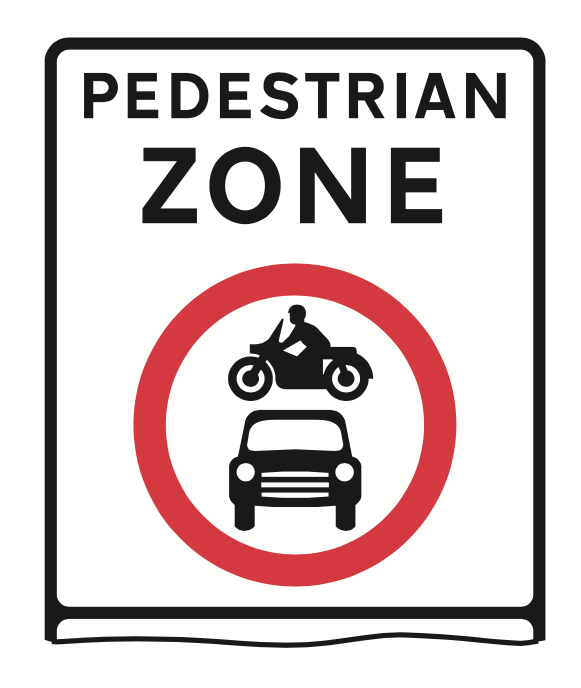 There are a number of pedestrian zone signs. One common version includes the ‘no vehicles’ sign (see above). This one is different: it specifies ‘no motor vehicles’ so, despite the words ‘pedestrian zone’, it’s permissible to ride a bicycle in this zone, essentially indicating a route for pedestrians and cyclists. . A panel beneath may give the zone’s hours of operation, along with any other exemptions.

4. Route for pedal cycles only 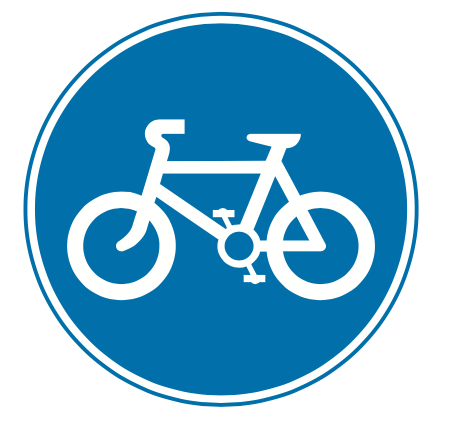 Blue circles give mandatory instructions. Somewhat confusingly, ‘mandatory’ doesn’t mean that cyclists must use this route; it means that only cyclists may use it and that other road users must not. That might sound similar to the ‘no motor vehicles’ red circle but this sign is used in a different context, to show off-carriageway cycle routes. If there’s a pedestrian and child on the sign too it means it’s a shared route for pedestrians and cyclists only. If the icons are separated by a line, it’s a separated track and path for cyclists and pedestrians, so keep to your side.

5. Route recommended for pedal cycles on the main carriageway 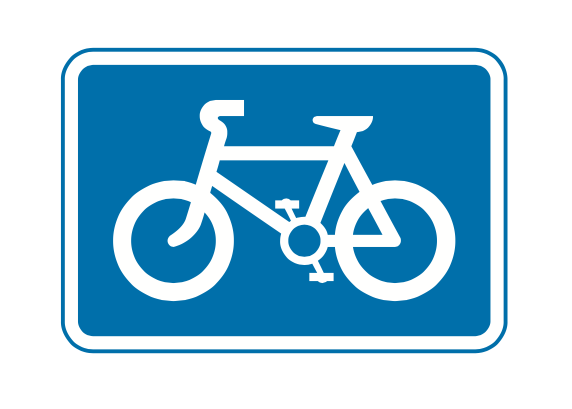 Apart from on motorways, where they give directions as well, blue rectangles are used for information: they’re not orders (which circles are used for) nor warnings (triangles). So this is a recommended route for cyclists on the road. You’re not obliged to take it. If there’s an advisory cycle lane with a broken line alongside - there may or may not be - you’re not obliged to use that either. 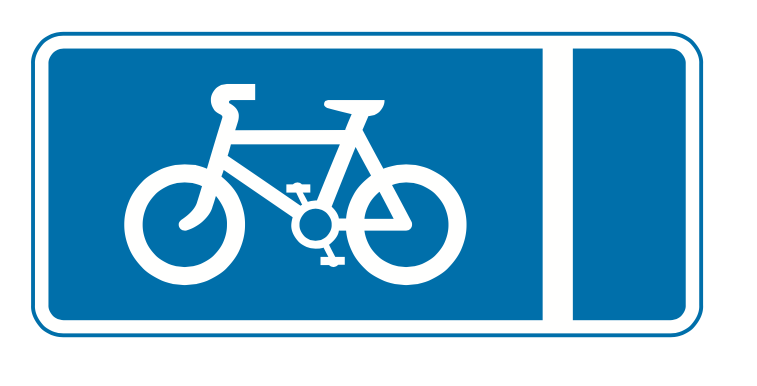 This sign is used for a cycle lane on the carriageway demarcated with a solid white line. Again, that word mandatory doesn’t mean that you’re obliged to use the cycle lane; it means that other vehicles must not use this part of the carriageway. However, vehicles are explicitly permitted to stop in a mandatory lane to pick up or set down passengers. Incidentally, if there’s a broken line for the cycle lane (which wouldn’t be indicated by this sign) other vehicles are not prohibited from using it. 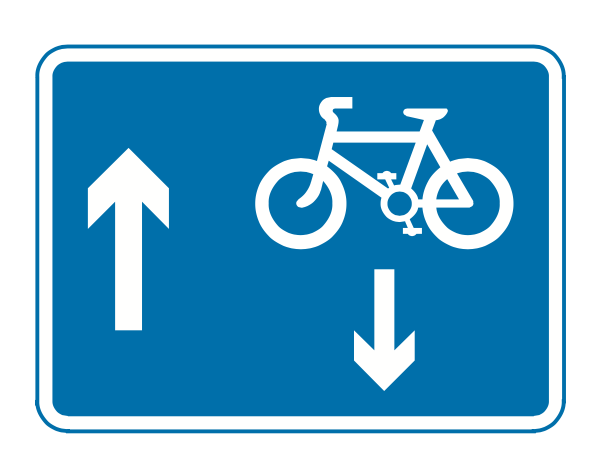 8. No through road except cycles 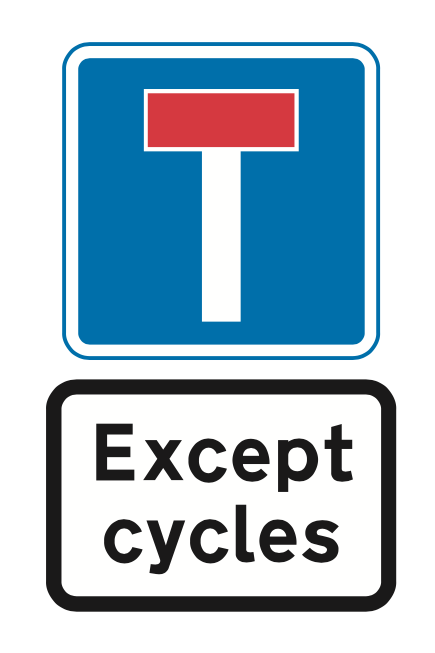 The road ahead is blocked off to motor vehicles, but the panel beneath tells you that you can cycle through; expect to encounter bollards and/or a short section of cycle track. If the ‘except cycles’ bit is missing, it means ‘no through road for vehicles’. You can still hop off your bike and push it if there is a way through. 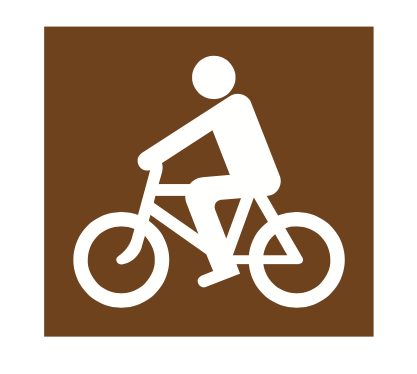 Brown signs give information for tourists. This one means ‘cycle hire’, not ‘look out for cyclists’ - that’s a red-bordered triangle with a black bicycle outline. If the brown sign has the cyclist going down a slope, it means ‘mountain biking’. You’ll see that pointing to trail centres.

10. Traffic merges from the left 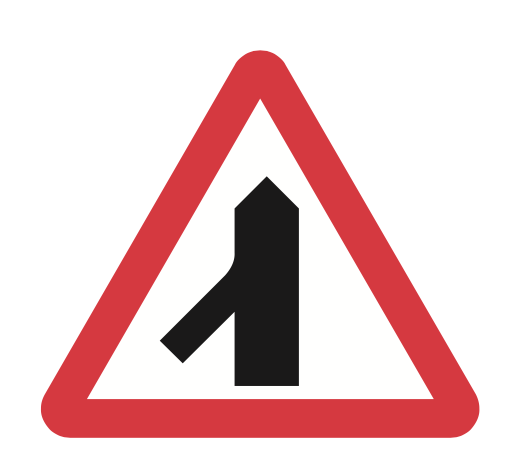 For drivers, this sign warns of traffic merging from the left. For cyclists, there’s another meaning that isn’t listed in Know Your Traffic Signs: danger! The merging traffic is likely to be moving faster than you. If the icon on the sign is tilted 45 degrees left, it means ‘traffic merges onto main carriageway’, e.g. from a slip road onto dual carriageway. That’s even more hazardous. Cyclecraft has good advice on how to deal with such junctions.

It doesn’t mean accelerate and try to nip through before the light turns red. Know Your Traffic Signs says: ‘You may go on only if the amber appears after you have crossed the stop line or are so close to it that to pull up might cause an accident.’ The second part is important, as other road users might be accelerating behind you. Check over your shoulder when approaching traffic lights to be sure that no one will pile into you if you do stop at amber.

Red means stop, amber means stop (with caveats), so it’s no surprise that red and amber also means stop. Do not pass the stop line until green light shows and the way ahead is clear. But listen for engine noise behind you, as drivers may set off on red and amber…