How to get your employer to sign up to Cyclescheme 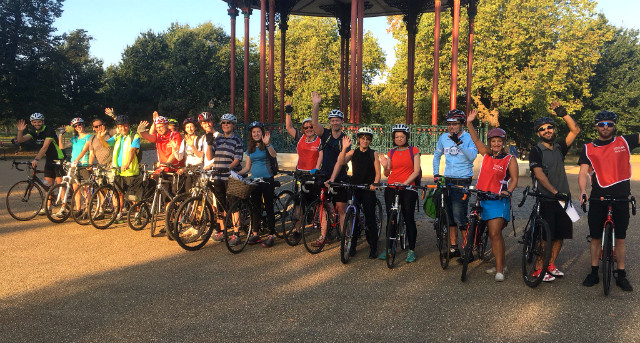 You get a bike and equipment. They save money and get a happier, healthier, more punctual workforce. Everybody wins. Nudge your employer now!

You and your employer are missing out if they're not signed up to Cyclescheme. The advantages of the scheme for you are easy to see: you get to spread the cost of a new bike and equipment and save money. It's like an interest-free loan with cash-back! But that's only half the story. Your employer benefits too.

It saves them money 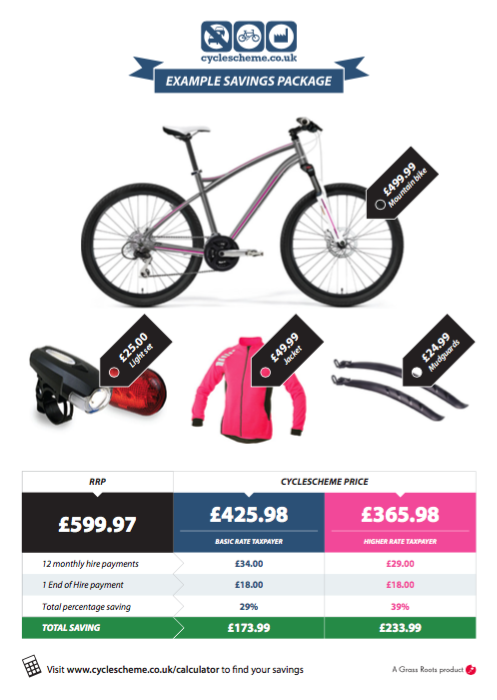 The flip side of this is that employers don't pay National Insurance Contributions on the employee's salary sacrifice payments either. That enables the employer to save up to 13.8% of the value of the salary sacrifice amount. On a £1,000 bike package, that's £138 over the year or £11.50 a month. But that's just one employee. Multiply that by ten or a hundred and the monthly and annual savings really start to rack up. Since it doesn't cost an employer anything to set up Cyclescheme, any number of participants will help drive down costs. 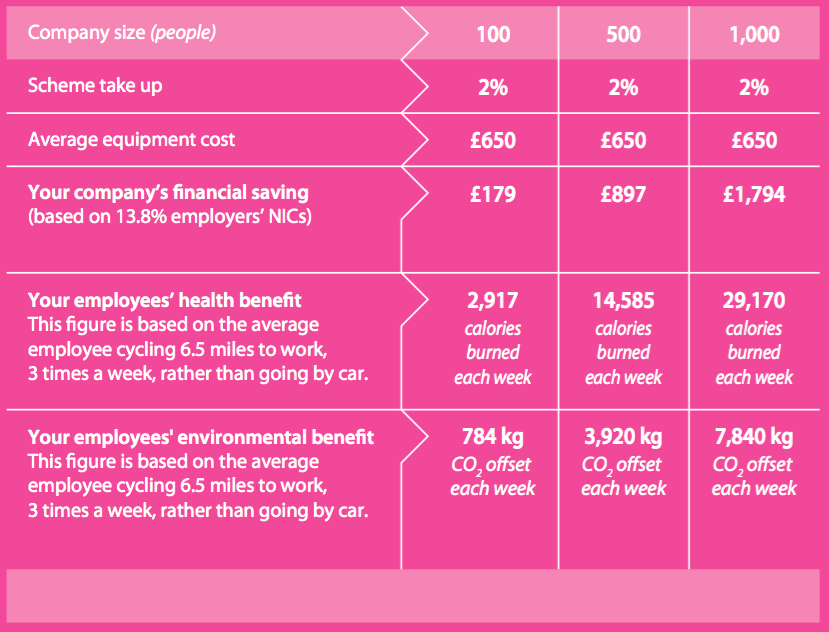 Employers can save on infrastructure costs too. The annual cost to an employer of a car-parking space can be as much as £2,000 per year in a densely-populated urban area like London. You can park eight bicycles in the same space. The more staff who cycle, the less parking space is required.

Regular cardiovascular exercise like cycling is good for anyone, keeping weight down and reducing the likelihood of heart disease and other 'sedentary illnesses'. Cycling makes you healthier, period. Cyclists also encounter fewer germs than passengers on public transport, as they're not surrounded by sneezing fellow travellers. Not surprisingly, cycle commuters take less time off sick than their non-cycling colleagues. 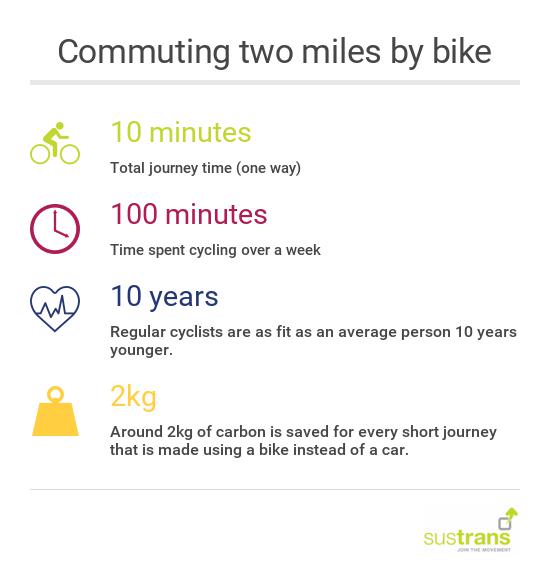 Like staff who walk to work, cyclists have predictable journey times and so turn up on time each day. Cyclists are not affected by the traffic jams and train delays that blight the morning journeys of other travellers. So while cyclists' top speeds may be modest, their average speeds seldom dip, because they can always make progress. You see the effect of this whenever there's a staged urban commuter race between a cyclist, public transport user, and a driver: the cyclist invariably wins.

What's more, a cyclist who is running late can literally step on it to arrive on time. Other commuters are at the mercy of external factors; cyclists are in control. Regular cycle commuters can thus estimate their journey times to within a minute or two. It's one reason that cycle commuters are less stressed. And thanks to the exercise, which also helps with stress, they arrive at their desks alert and ready to work, enabling them to make better use of the time that they are at work.

For employees who participate, the Cycle to Work scheme is an attractive perk that boosts morale as well as health. GlaxoSmithKline did a survey of staff who got a bike through the scheme: 73% said that they were more motivated and 74% thought they were more productive.

Given that there's no charge for employers to set up Cyclescheme, the 'cost'-benefit equation is fantastic. Compare it to a staff Christmas party, for example, where there's a significant initial cost that can be compounded by hangover-induced sick days…

Encouraging staff to cycle to work instead of driving demonstrates a sense of social responsibility and environmental awareness. A report by the European Cyclists' Federation showed that cycling instead of driving saves at least 250g of CO2 per mile (21g versus 271g), while cycling instead of taking the bus saves around 80g of CO2 per mile (21g versus 101g). In global terms, more staff cycling brings incremental benefits. Locally, these benefits can quickly become apparent. More people cycling to work in a small area means less congestion, less air pollution, and less noise pollution for people who live and work there. Not only is this helpful, it's good PR for the company.

It's dead easy to set up

This is the fact that should seal the deal: your employer can sign up to Cyclescheme in 10 minutes flat. The details are here: cyclescheme.co.uk/employers. Once they've completed this, they'll be up and running the next day. Overseeing the scheme thereafter is easy because Cyclescheme handle the details, so your employer isn't burdened with unnecessary book-keeping.

You can invite your employer to sign up to Cyclescheme right now. All you need is a couple of minutes and the email address of your boss or human resources manager.