Round Up: Commuter Lights 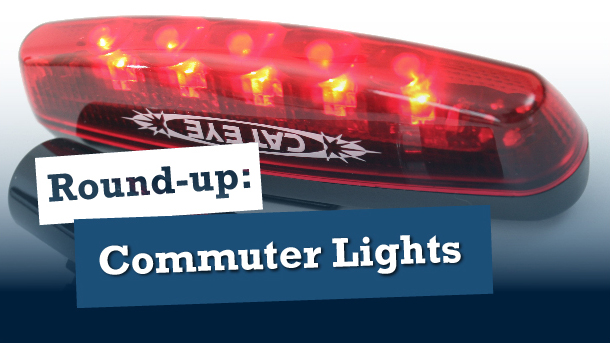 When the clocks go back, daylight scarcely exists outside of the working day. If you’re cycling anywhere, you’ll want lights – because if it isn’t dark when you set off, it will be when you come home.

The law says that if you ride a bicycle on a UK public road between dusk and dawn, you must use a white front light and a red rear light. (You must also have a red rear reflector and amber pedal reflectors.)

The letter of the law also stipulates: approved lighting standards; the areas where lights should be attached; and the brightness and flash rate of flashing lights. None of these is enforced. Cycle light usage and performance have outpaced the fine detail of the regulations. So long as you have a bright front and rear light of the right colour – flashing or steady – the police will be happy.

Modern LED lights are efficient, producing a lot of illumination for minimal drain on the battery – especially rear lights, which are economical to run even with disposable batteries. A front light uses more power, so for regular use it’s more cost-effective if you can recharge it.

On unlit roads, you’ll need a headlight beam that you can see clearly by, extending at least 10 metres down the road. Light output is quoted in lumens. You won’t need the dazzling 1,000-plus lumen lights meant for mountain bikers, even on the darkest road; anything upwards of 150-200 lumens should be enough.

Don’t forget to remove your lights when you park your bike, and take care that they don’t switch themselves on and sit blinking in the bottom of a pannier or backpack all day! 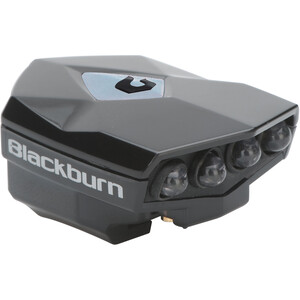 Blackburn's tiny, 17-gram Flea lights are more than mere backup lamps. They're bright enough to use by themselves, at least under streetlights. Each 4-LED light has three settings: steady, flashing, and Overdrive for the front; steady, flashing, and chase for the rear. In Overdrive mode, the front produces 40 lumens - just enough to see by at low speeds. Run time is an hour in Overdrive, six hours steady, and 12 flashing/chase. When the battery indicator shows they're running low, you can recharge them at your desk via your computer's USB port. 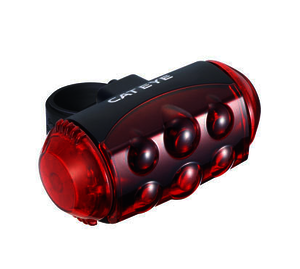 This is CatEye's most powerful rear light, so bright it can clearly be seen in daylight. At night, its 10 LEDs are visible by anyone with a line of sight to the back of your bike: they point sideways as well as backwards, giving a 180 degree viewing angle, and the output of each LED is focused by CatEye's 'OptiCube' lens technology. It's run time from two AA batteries is 50 hours constant or 100 in any of its three flashing modes (flashing, random, or side to side). It's very water resistant too. 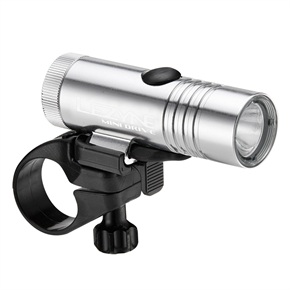 The smallest of Lezyne's new rechargeable front lights, the Mini Drive has enough punch for riding at pace in the dark. It emits 150 lumens on high (one hour run time), 100 on medium (1hr 30mins), or 50 on low (3hrs). It'll also flash for ages. It's robustly made from CNC-machined aluminium yet weighs only 73g, plus its bracket. The Uniform Power Beam parabolic reflector focuses the light so that it shines clearly near and far. Rubber O-rings and weather seals ensure that it's rainproof, and it fits to your bike without tools. It comes with a USB charging cable. 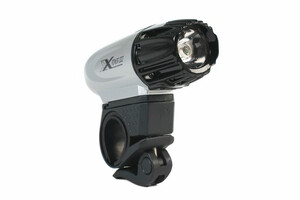 The 300 bit refers to its maximum output in lumens. For its price and its size (112g, 105mm long), that's a lot of light. Cars may flash you, and you'll have a tunnel of light to ride down on your rural commute. Run time is reasonable - 2hrs on full power, 5hrs on standard - but you can plug it into you work computer's USB to recharge it, and there's a low battery indicator to tell you when you need to. There's a flashing mode that you can use to conserve power when you're riding under streetlights. 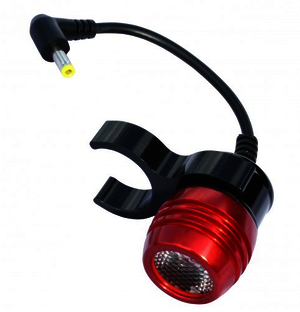 Designed primarily as a helmet light for night-riding mountain bikers, Exposure's sturdy CNC-machined Joystick works just as well as for rural commuters - or as a do-it-all light for cyclists with a range of interests. The new 2012 version emits 325 lumens on full power, at which it'll run for three hours (medium 10hrs, low 24hrs). It comes with a USB compatible charger. On the back of the lamp, there's a 'smart port', into which you can plug the super-bright RedEye rear light, which piggybacks onto the body and battery of the Joystick. As well as enjoying light that tracks your vision, there won't be any lamps to remove when you park: they're on your helmet! 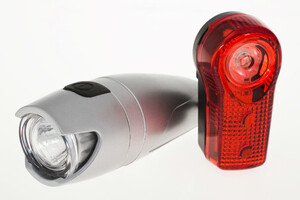 There are lots of pocket-sized battery light sets like this; Raleigh's RX6.0 is notable for the front light's 3-watt LED, made by Cree. It's very bright, producing 120 lumens - plenty to pinpoint any potholes when you've left streetlit roads behind. A flashing mode lets you eke out the life of its two AA batteries, but it's still better for shorter or less frequent nighttime commutes. The 0.5-watt rear, which takes two AAAs, also has a flashing mode.