Round Up: E-bikes and the law 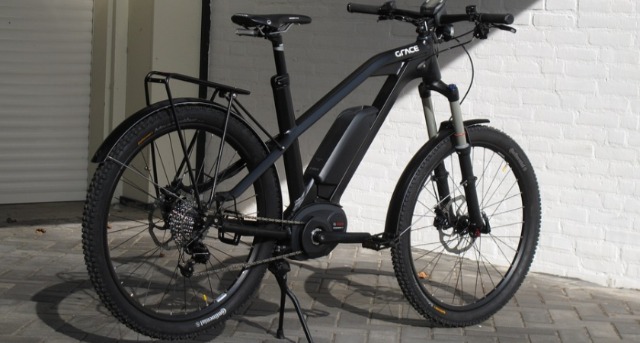 With an e-bike there are a few things to consider with regards to the law.

You’d think that riding a bike is as simple as, well… riding a bike – just jump on and go, without a care in the world. For the most part, it is but with an e-bike (or ‘electrically assisted pedal cycle’ (EAPC), as the government snappily calls them) there are a few things to consider with regards to the law.

An electrically assisted pedal cycle or electric bike has to have pedals and its power output must be displayed somewhere on the bike and/or the manufacturer of the motor must be visible. The bike will also need to display the voltage of the battery and the bike’s maximum speed. The motor can’t produce more than 250 watts and can’t be used to take the bike beyond 15.5mph. Anything that meets these criteria is classed as normal road bike in the eyes of the law and doesn’t require any kind of regulation to ride, such as a licence or insurance. They can also be used anywhere else a regular bike can be ridden, such as a cycle path or mixed use path.

In the eyes of the law, bikes that don’t meet the above criteria are classed as motorcycles or mopeds, which means they need to be registered as such and taxed. You also need a licence to ride one and are required to wear a motorcycle crash helmet when doing so (which, speaking frankly, looks odd).

You’ll also need to abide by the above rules if your e-bike has any kind of throttle that propels the bike without the need to pedal. E-bikes like these will have been approved before entering the country (or have that done here if they’re made on these fair shores).

They’ll also need insurance and you can’t ride them on the pavement or down cycle paths.

Bikes with motors that produce more than 250 watts and provide assistance beyond 15.5mph are also seen as motor vehicles by the law, so need to be registered with the DVLA and require the rider to have a licence, tax and insurance.

In short, to keep on the right side of the government’s EAPC laws, your bike needs to have pedals, can’t be propelled solely by the motor (which mustn’t produce more than 250 watts of power) and the motor can’t provide power beyond 15.5mph. Anything that deviates from this is classed as a moped or motorcycle.

Round Up: Road markings made simple

White lines provide instructions which are sometimes misunderstood or ignored. Here’s a guide to...

Round Up: 5 of The Best Budget e-bikes

Round Up: Defining the 7 main bike types

Identify the differences between bike types and find which type of two-wheeler you might be best...