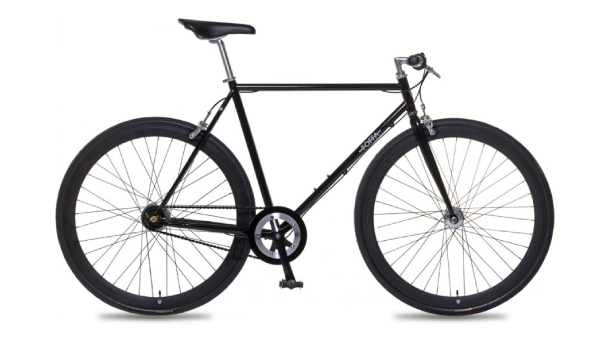 As transport cycling becomes more popular, hub gears are appearing on more bikes. Internal gears make sense for an urban bike: they don't require the same care as derailleurs to keep working well, and they enable you to shift gear while stationary.

As transport cycling becomes more popular, hub gears are appearing on more bikes. They're no longer found only on compact folders and heavyweight upright roadsters; quite a few manufacturers offer hub-gear hybrids. Hub gear hybrid bikes can be developed in many different styles, from tourers and tandems to mountain bikes, but it’s on town bikes and hybrids that they’re most common.

For urban use, the narrower range of a hub gear isn’t a problem and the low-maintenance reliability that internal gearing brings is a real bonus. Internal gears make sense for an urban bike: they don't require the same care as derailleurs to keep working well, and they enable you to shift gear while stationary.

There are some cons to hub gears, as well as pros.

Hub gear hybrids are more expensive. They're also not quite as efficient, as the pinions that mesh together inside the hub shell to rotate the wheel at different speeds create a little extra friction; you can sometimes feel this when riding uphill. They're heavier than derailleur gears too (or at least they feel heavier, because all of the weight is in one lump).

Unlike derailleurs, the number of gears a hub has is a good guide to the overall range – and therefore the terrain it suits. Two and 3-speed hubs are best in flatter areas, whereas an 8-speed hub has the same range as an 11-34 cassette. With a single chainring, that's still not ideal for long days out in the hills but it'll get you up any gradient around town.

With a hub gear, you don't have to anticipate gear shifts; you can go from eighth to first while waiting at a junction. Maintenance can be more casual, because gear shifting doesn't degrade like a derailleur if you let the chain get dirty or worn. The important stuff takes place inside the hub shell, protected from weather, grime, and accidental damage.

As there’s no derailleur to take up the slack of the chain, a hub-gear bike needs some other means of doing that, usually forward or rear facing dropouts rather than vertical ones. Rear wheel removal takes longer as you'll need a 15mm spanner. Hubs with coaster brakes will have a reaction arm to detach as well. (If this worries you, fit a more puncture proof rear tyre such as a Schwalbe Marathon Plus or Panaracer Tourguard Plus).

Aside from the gearing and rear dropouts, most hub-gear hybrids look like their derailleur-gear stablemates. So you can expect an aluminium or chromoly steel frame and fork, with fittings for mudguards and a rear rack. A carbon fork is unlikely, as the hub gear's cost will eat into the budget for that, but it's a possibility if you're spending nearer £1,000.

Brakes could be anything: sidepull, V-brake, hub (drum, roller, or coaster), or disc (mechanical or hydraulic). Rim brakes are cheaper and lighter, but braking at the hub, whether internally or via a disc, offers fit-and-forget performance that's in keeping with the ethos of an internally-geared bike.

Expect mid-width 700C tyres - 32-37mm or a bit either side - with some puncture resistance. These are a better compromise than skinny tyres for urban roads, where top speed is less important than comfort and reliability. A hub-gear hybrid's rear wheel ought to be stronger and suffer fewer broken spokes than a derailleur wheel because it will be built symmetrically with evenly tensioned spokes rather than dished. For day-to-day utility use, that's good news.

Hub-gear hybrids occasionally have features that aren't possible for derailleur bikes, such as a fully-enclosed chaincase or belt drive. Either offers more weather resistance and less grime. 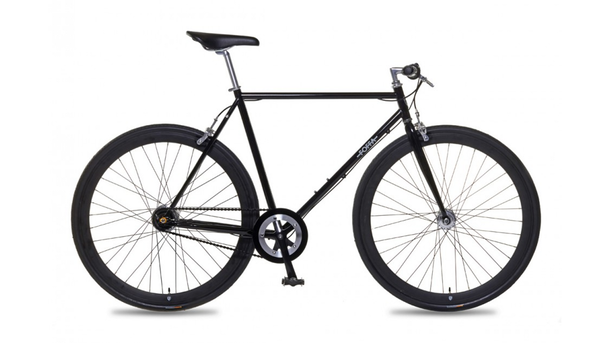 Foffa's Urban follows the design cues of the company's metropolitan-style singlespeeds. This accounts for the skinny chromoly steel tubing, the robust-but-heavy deep-section wheels, and the anachronistic quill stem. But while it looks similar, it doesn't have to be stomped up climbs; the 7-speed Shimano Nexus hub provides a range of gears as wide as a 13-32 cassette's. The 57mm-drop sidepull brakes are just deep enough for full mudguards to squeeze underneath with the 28mm tyres fitted, and the frame and fork have fittings for them. You could fit a rear rack too. On the 165mm chainset, there's a guard to keep your trousers of the chain. 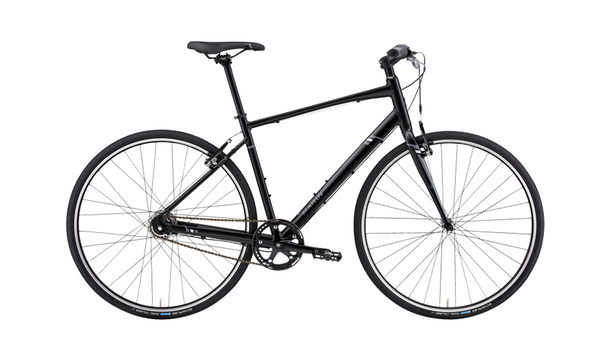 Marin go one gear further than Foffa, fitting an 8-speed Shimano Nexus hub. That extends the gear range a little at both top and bottom, giving the equivalent of an 11-34 cassette. Climbing will be helped further by the fact that it's around 2kg lighter, thanks largely to its aluminium frame and fork and conventional rims. Like most hybrids, the Fairfax SC2 IG doesn't come with a pannier rack and mudguards but they can be fitted; the use of V-brakes means there's plenty of clearance. As the Schwalbe Land Cruiser tyres are 32mm, there's less chance of pinch-flatting on an unseen pothole, and they have reasonable puncture resistance through the tread. 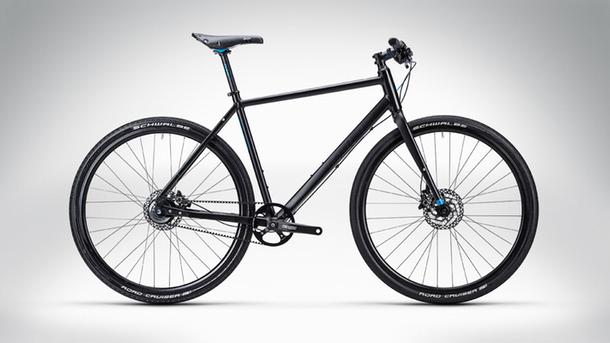 The top model in Cube's Hyde hybrid range, the oddly-named Race is equipped with a Gates toothed-belt drive instead of a chain. It's not quite as efficient as a well-cared for chain but it's silent and virtually maintenance free; the occasional wash with water is all it needs. For utility use, the belt is a good match for the 8-speed Shimano Alfine hub gear – a slicker version of the Nexus hub that is disc-brake compatible. Shimano BR-M355 hydraulic disc brakes are powerful, progressive in feel, and almost as maintenance-free as the drivetrain. Just add mudguards and it should always be ready to ride. The aluminium frame and fork will take guards and a rack. Tyres are the same as the Marin's but in a plush 42mm width.

Round Up: Love to Ride July update

Round Up: 10 of the best top-tier bikes right now

You don’t have to be a lottery winner to afford a top quality bike. Even now, during an economic...

Round Up: Five accessories every cyclist needs