Round Up: Town Bikes

The traditional sit-up-and-beg roadster is an ideal bike for riding a few miles around town in normal clothes.

You won’t want a roadster for long or fast journeys to work, but sedate cyclists will soon see why 16million Dutch aren’t wrong.

Not sure which type of bike is right for you? Each month we'll take a look at the plethora of bikes available, and give you the lowdown on what will work best for you. This month we're looking at the classic 'Town Bike' - the perfect bike for a hassle-free, low maintenance commute.

The traditional sit-up-and-beg roadster is an ideal bike for riding a few miles around town in normal clothes. You see lots of them in countries where transport cycling is common, such as Denmark and The Netherlands, and they’re making a bit of comeback in the UK, with the London ‘Boris bikes’ putting them in the spotlight.

The big benefit of a roadster is the facility just to get on and go: no need to change into bike gear or even to hunt for cycle clips. An upright riding position with backswept handlebars and a wide saddle allows comfortable, leisurely pedalling. Your clothes won’t get grimy or caught in the bike, thanks to full mudguards, a chainguard, and sometimes coat- or skirt-guards. These keep the bike cleaner too, so you won’t have to wash and oil it as much.

Some roadsters have additional features to make them even more practical: a front basket or rear rack for office gear or groceries; a kickstand for parking; an integral wheel-lock for when you’re popping into a shop; and even dynamo lighting, so you’re always ready for rides in the dark.

Accessories add weight, and roadsters are seldom built lightly to begin with. They’re better suited to flatter towns and cities, such as London, Cardiff and York – particularly as the bikes tend to have internal hub gears. Hub gears are almost maintenance-free but the range of gears is nearly always narrower than derailleurs, making hills harder work. For lumpier commutes, look for a hub with seven gears or more rather than three. 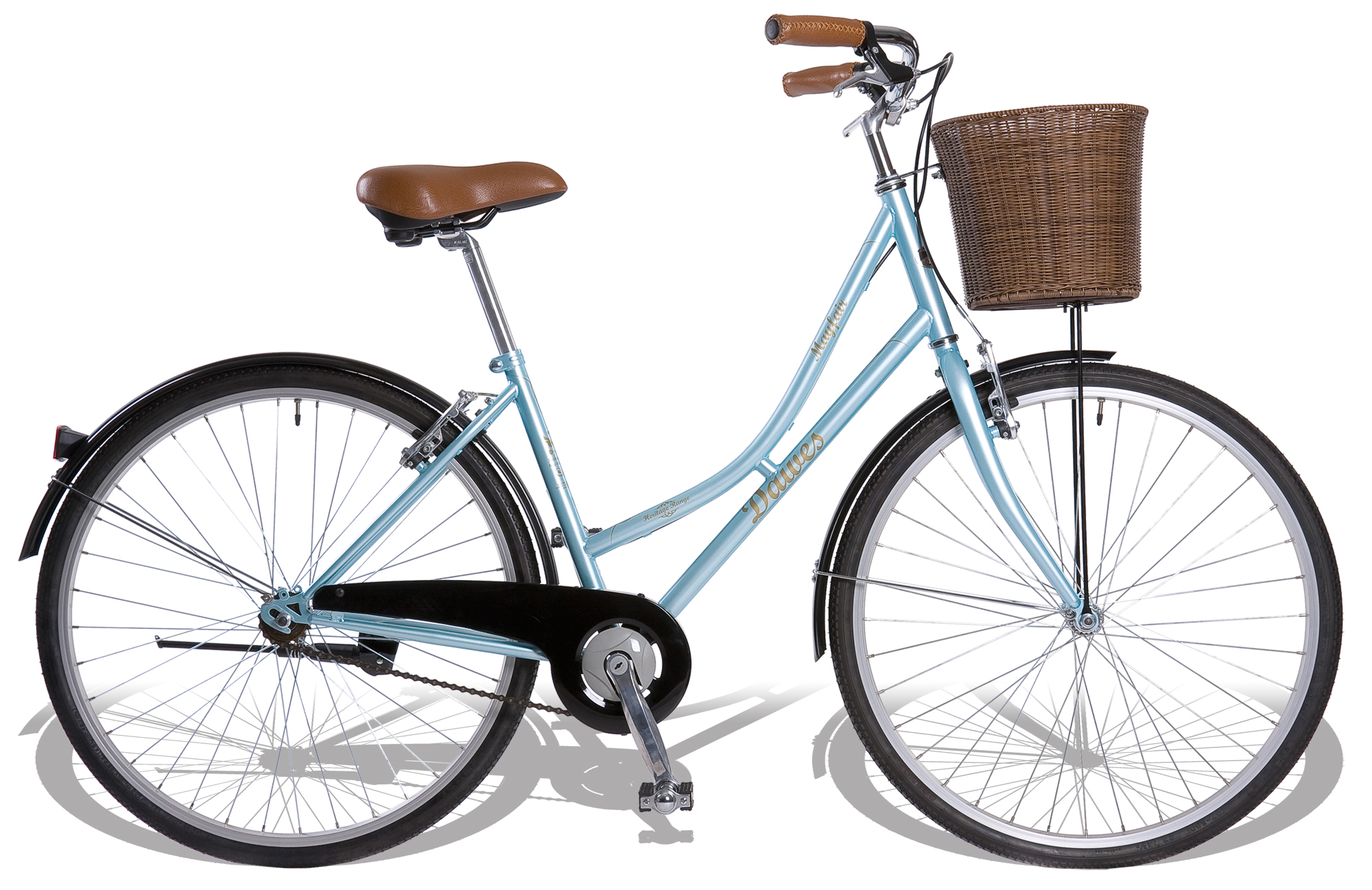 This is the cheapest and simplest model in the Dawes ‘Heritage’ range, an all-steel roadster with just one gear. Such simple gearing is very reliable, as there’s nothing to go wrong, but it also means there’s no bailout option beyond walking if a hill is too step. So the Mayfair is exclusively for flatlanders. The step-through steel frame, tall stem and ‘comfort’ handlebars provide the classic upright riding position. Features include not only mudguards and a chainguard but a front basket and a kickstand. Add lights and a lock and you’re all set. There’s a similar gent’s version without the basket: the Ambassador. 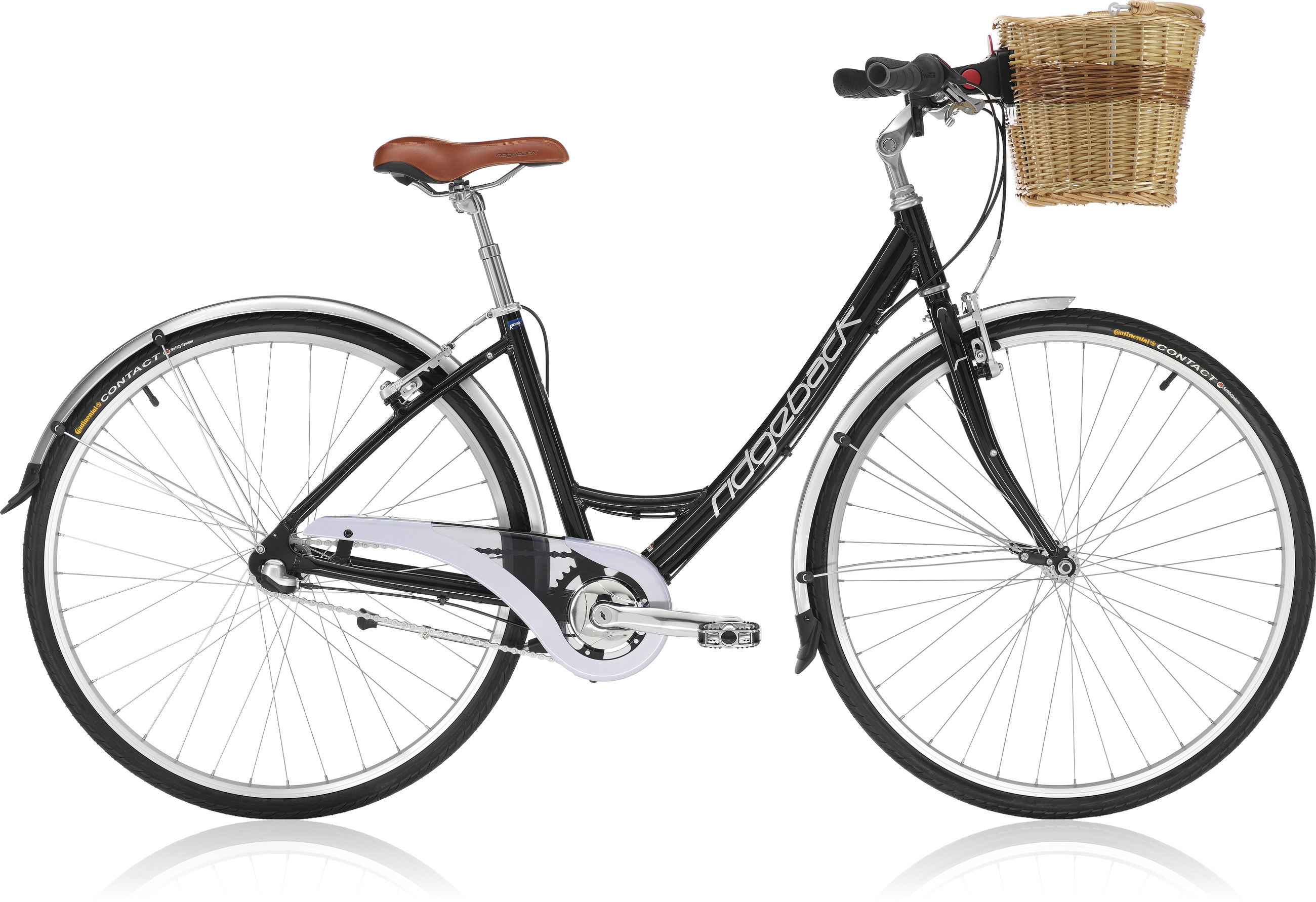 An extra £80 over the Dawes Mayfair gets you a lighter aluminium frame and two more gears: one higher and one lower, which will take the edge off hills and headwinds. Like the Mayfair, the Avenida 3 comes with V-brakes, a partial chainguard, a kickstand and a basket. You can adjust that handlebar position through a greater range, due to an adjustable-angle stem. The Ridgebac.k’s 37mm-width Continental Contact tyres roll well on tarmac, have a puncture-resisting belt under the tread, and soak up the bumps from rough roads well – as does the suspension seatpost. There’s no gent’s version, but for £530 the Avenida 7 offers a 7-speed hub. 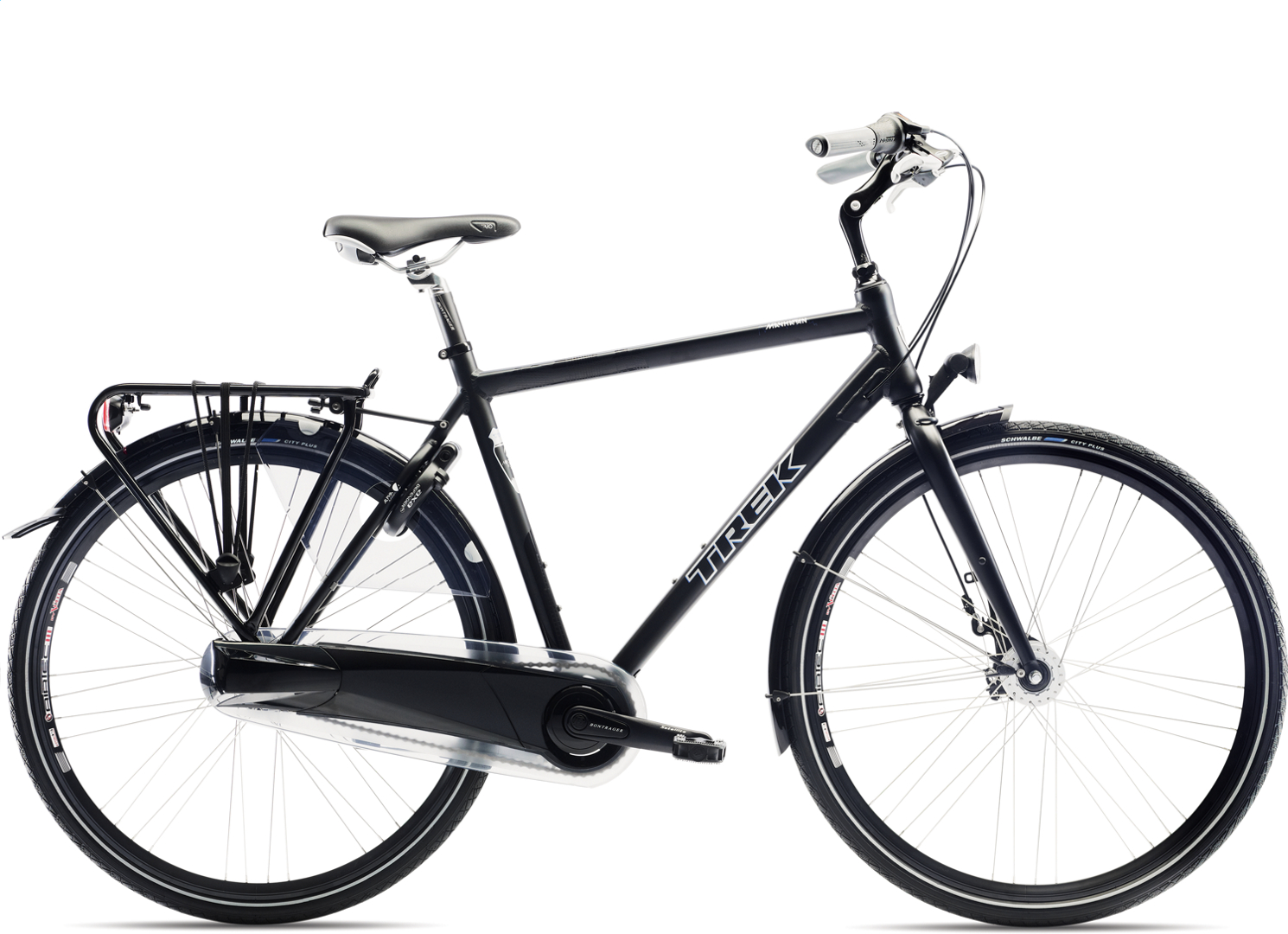 Trek’s Manhatten comes with all the accessories the city cyclist might want: guards, rack, stand, lock, and lights. The lights are bolted to the bike so don’t have to go in pockets when you park, and the front is powered by a hub dynamo so it’s ever-ready. Gearing is a 3-speed Shimano Nexus hub, like the Ridgeback (above). The hubs house the weatherproof Shimano roller brakes too. Wheel removal is slower but not a job you’re like to do often, as the Manhatten’s Schwalbe City Plus tyres are extremely puncture resistant. A fully enclosed chaincase protects the chain from the elements and your trousers from its oil. There’s a women’s version: the Paris/St Tropez Midstep. 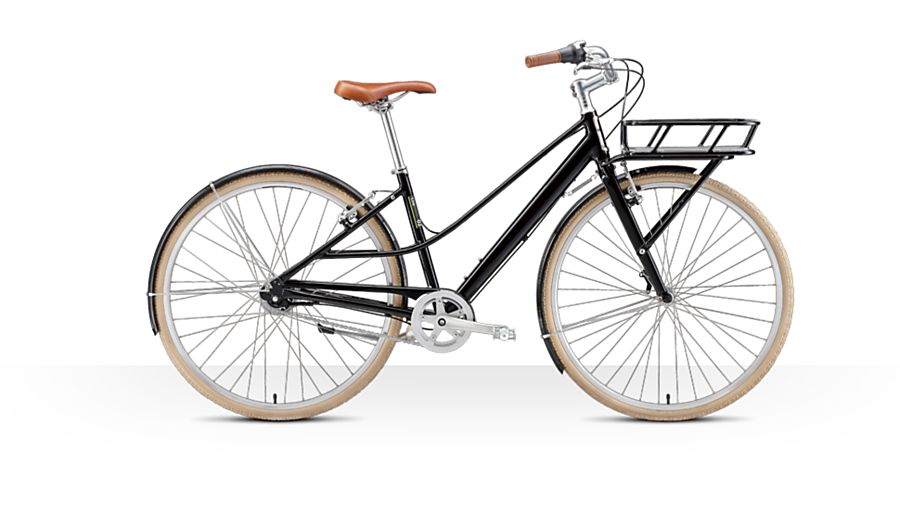 Specialized call this a ‘light duty utility bike’. That’s because of the sturdy Porteur front rack, which will carry loads of up to 25kg. It’s firmly fixed to the fork, and there’s a spring attached to the frame to steady the steering and prevent the front wheel flopping sideways when parked. The upright riding position is what you’d expect from a roadster, as are the mudguards, chainguard and stand. Shimano’s Nexus 8-speed hub provides a wide range of slick, evenly spaced gears. The brakes are V-brakes, though the aluminium frame has fittings for discs if you want to upgrade. Punctures shouldn’t be a problem, thanks to ‘Flak Jacket’ protection in the Specialized Infinity tyres. It’s also available in gent’s version.