Round Up: The Folding Stuff 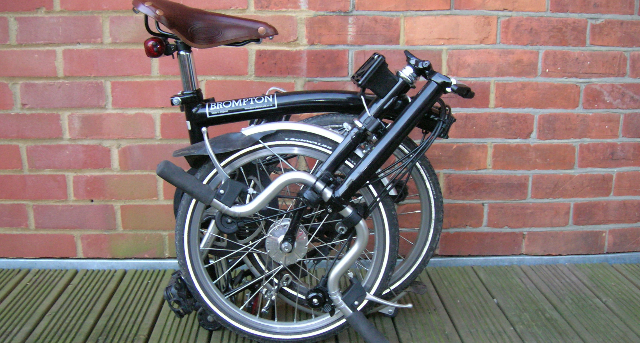 For mixed-mode commuting and indoor parking, it's hard to beat a folder. Here's what to consider before investing in one.

All folding bikes are a compromise between portability and rideability. Do you want a FOLDING bike or a folding BIKE? One that takes up the least space when folded? Or one that rides more or less like a normal bike and happens to fold?

If you're riding a few miles to and from railway stations, a small-wheeled folder like a Brompton that transforms into a train-friendly compact package is best. If you're riding further and are folding the bike less often – to park it in your flat or carry it in a small car, perhaps – then a more cumbersome folder with full-size wheels like the Tern Joe or Montague Boston might be a better option. In between those extremes are the full-suspension Birdy (still technically a compact) and 24in-wheel folders from the likes of Airnimal, Tern and Dahon.

When you're folding/unfolding a bike multiple times each journey, ease of folding is huge. Can you fold the bike in 30 seconds or less, without tools and without removing bits of the bike (and thus getting your hands dirty)? Once folded, does the bike stand up by itself or will it fall over? How bulky is it? Folded sizes range from a Brompton's 58.5×56.5×27cm, which is small enough to slide between seats on a train, up to 95×87×46cm for a Tern Joe with 650B wheels – a full-size bike for UK rail regulations.

Portability is as much about weight as size. Fast-folding folders can be wheeled along unfolded until the last moment, and some folders can be rolled along folded. But at some point you'll have to haul the folded bike over a station footbridge or into a building. Every kilo makes a palpable difference, particularly if you're slightly built. Choose with care: a Brompton, for example, can be under 10kg or over 13kg, depending on the specification selected.

UK trains will carry 'compact, fully folding cycles with wheels up to 20 inches in diameter… without restriction'. A compact folder is thus the obvious choice for the bike-rail commuter. You might be asked to put it in a luggage rack (common) or to cover it up (rare), but that's all.

If the bike's wheels are bigger than 20in, you might get it on a train as luggage. The National Conditions of Carriage allow you to board with two items not larger than 30×70×90cm, plus a third item 'capable of being held in your lap'. Will your bigger-wheeled folder fit a bag or bags of those dimensions? If not, you'll have to book it on as a conventional bike or just hope the guard turns a blind eye – which is more likely if you bag the bike.

Wheel size isn't specified on London's Tube network. You can take a folder aboard 'anywhere and anytime'. There's no overall policy, wheel-size based or otherwise, for folding bike carriage on buses or in taxis. A compact folder is usually fine, especially bagged. A larger folder might be.

Since you'll likely be riding short distances in normal clothes when you're commuting on a folder, mudguards are vital to stay clean and dry. Folding bike mudguards may be specific to that model of bike, so ensure you get them when you get the bike – preferably fitted.

Effective lighting is as important for a folding bike as any other. If you're getting battery lights, see if you can fold the bike with them in place. It saves time and stops you forgetting them. If you prefer dynamo lighting, choose a folder with this already fitted; it's more expensive to add afterwards.

A backpack or courier bag is okay for short journeys but can make you sweaty. A rear rack and small panniers  will work on most folders with wheels 24in or larger, and on some 20in-wheel folders. With smaller wheels, the panniers may drag on the ground when cornering. Heel clearance can be an issue too. For compact folders, the best options are bespoke carriers such as Brompton's front rack-and-bag system and  Tern and Dahon’s front 'luggage truss'. Other useful options are traditional large saddlebags (e.g. Carradice) and modern bikepacking bags.

One bit of equipment you may not need is a lock. Compact folders can go indoors with you – at home, at work, even into shops and cafés. Depending on your partner/office manager/the proprietor, it may need bagging first.

A folder with 700C or 26in wheels will handle like a conventional bike, and one with 24in wheels will be similar. Smaller wheels are noticeably different. Other things being equal, there's less steering trail and less inertia in the wheels, so the handling tends to be 'nippy'.

Smaller wheels aren't as good over bumps, which are proportionately bigger the smaller the wheel. Keep a keen lookout for potholes when you're on small wheels! If you're regularly riding on unsurfaced tracks or over cobbles, a folder with bigger wheels (e.g. Tern Joe) or full-suspension (Birdy) will handle much better.

Folding bikes flex more when riding than other bikes, due to the long, hinged stem and any hinges and/or pivots in the frame. It's more noticeable (sometimes only noticeable) when standing on the pedals. Seated climbing, which requires lower gears, is thus a better option on a folder than stomping uphill in a higher gear.

Roadside repairs such as punctures are more awkward on a folder. Partly it's because you're on the clock more often, as you'll have trains to catch. Partly it's because rear wheel removal can be fiddlier: many folders have hub gears, some have coaster brakes, and all Bromptons have a tricky chain tensioner. There are two strategies to deal with this: one, fit tyres that almost never puncture, such as Schwalbe Marathon Plus; or two, phone a taxi, hop in with your folder, and fix it later.