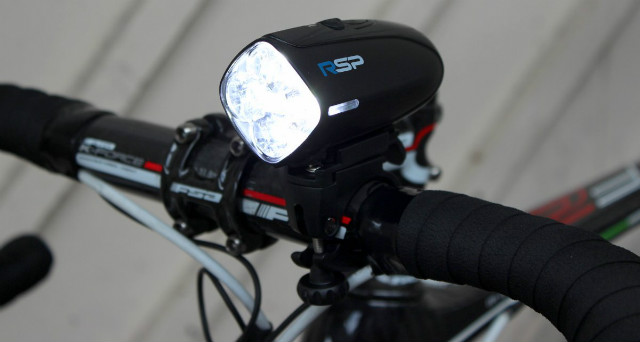 Even if you work nine to five, longer autumn nights mean that you'll soon need lights for your commute – but which?

Lights are a practical and legal necessity whenever you cycle on a public road between dusk and dawn. They show other road users where you are, show you where you're going, and prevent you being stopped and fined by the police. Most cycle lights in the UK are battery rather than dynamo powered. We're focusing on battery headlights here.

The Road Vehicles Lighting Regulations state that a bicycle's front light must emit white light and be fixed to the bike, either centrally or on the right. (You are allowed to have a secondary light - or lights -  elsewhere, such as on your helmet, providing it is the right colour.) The light must be marked as conforming to BS6102/3 or an equivalent EC standard. If it only flashes (no steady mode), it's exempt from this: it need only emit at least 4 candela and flash between 1 and 4 times per second. In practice, any sufficiently bright white light, flashing or steady, will satisfy the police. This is just as well, as it's not easy to find battery lights that do conform to the relevant standards.

How bright your front light needs to be depends on your commute. If it's under streetlights, visibility is what counts. A 15-lumen flashing light will do that. On unlit roads, you need a light that casts a strong constant beam to show you where you're going and to enable other road users to track you in the dark. Look for lights of 150 lumens or more. To an extent, more is better: you'll see further, so can ride faster. But be aware that really powerful cycle lights can dazzle just as badly as car headlights on full beam – and toggling them to a lower setting may require multiple button pushes.

It's much more economic (and environmentally friendly) if your front light is rechargeable. Most are, often via a USB cable. An integral battery is more convenient for commuting than a separate one that needs to be strapped to the bike's frame or stashed in a bottle cage. Keep an eye on burn times and usage, and make sure your light doesn't accidentally turn on in your commuter bag. It's worth having an emergency front light in case your main light does fail for any reason.

A battery gauge is useful for any rechargeable light. A button that can be pressed with gloved fingers is handy in winter. A robust, weatherproof design is essential, as is a secure bracket to fix it to the bike's handlebar.

Here are five lights ranging from £20 to £160. They're all good examples of their type.

Weighing just 27g, this is an excellent get-you-home light if your main one fails. It's bright enough for use by itself under streetlights: its three LEDs emit 16 lumens and the light is visible from the sides as well as in front, which makes roundabouts and side roads safer. There are four lighting modes – high, standard, strobe, and flashing. It runs for up to 6 hours 30 minutes and the integral lithium-ion battery is USB-rechargeable in 2 hours. An indicator light on the top turns red when it needs recharging. The bracket is a hooked rubber strap, which should fit any handlebar. 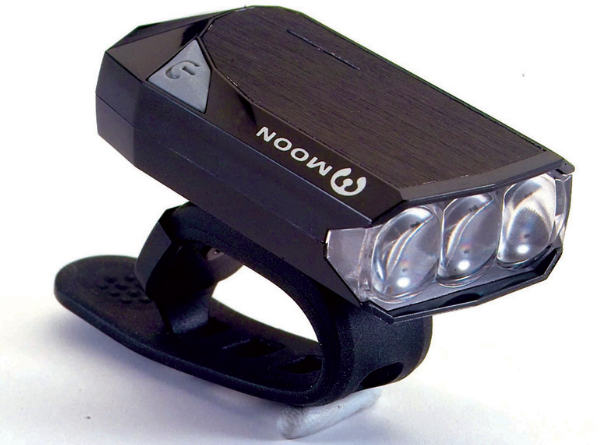 The number refers to lumens on high power: 300 is fine for seeing where you're going on unlit roads, due to the well-focused beam. It'll last for 3 hours like that or up to 60 flashing. Unlike torch-style lights, visibility from the sides is decent. The integral Li-ion battery is rechargeable via USB. If you also have a Volt 300 rear light, the battery cartridges can be unscrewed and exchanged to eke out the burn time of the more demanding front light. The see-through power button acts as a charge indicator. A helmet mount is optional. The lamp weighs 120g. 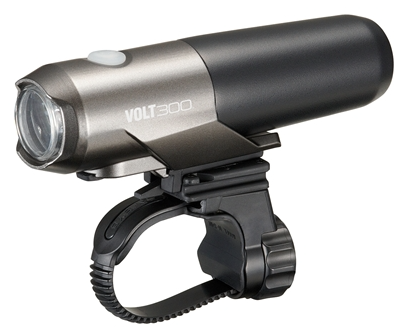 This double-ended light attaches to a helmet, emitting up to 150 lumens of white light at the front and 35 red at the rear. Since it doesn't fix to the bike, it's legally an auxiliary light – but one that should make you extra visible in traffic. There's a range of constant and pulsing lighting options, with a burn time ranging from 3 hours to 72. It's USB rechargeable, and a 'fuel gauge' lets you know when that's necessary. At only 76g, you'll barely know it's there so it can live permanently on your lid, giving you lighting that you can't easily forget and don't need to faff with when parking. 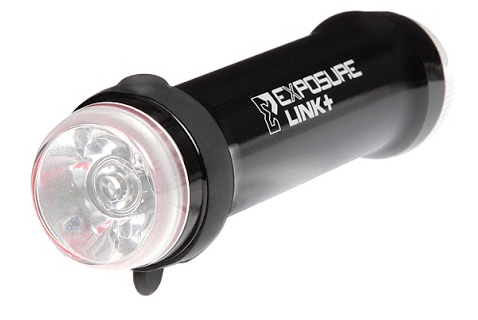 There are lots of high-power lights available. What's interesting about this one – apart from its compact, all-in-one design – is the ease with which you can switch from a blazing 1200 lumens to a non-dazzling 250. In its 'overdrive' race mode, one button press takes you back or forth – instead of toggling through all the other modes, including off! Burn time is around 90 minutes at 1200 lumens, 2:45 at 600, 6:30 at 250, and 18 hours flashing. Charging is via wall socket or USB. A power indicator shows the charge remaining. It's waterproof and a helmet mount is available. It weighs 247g. 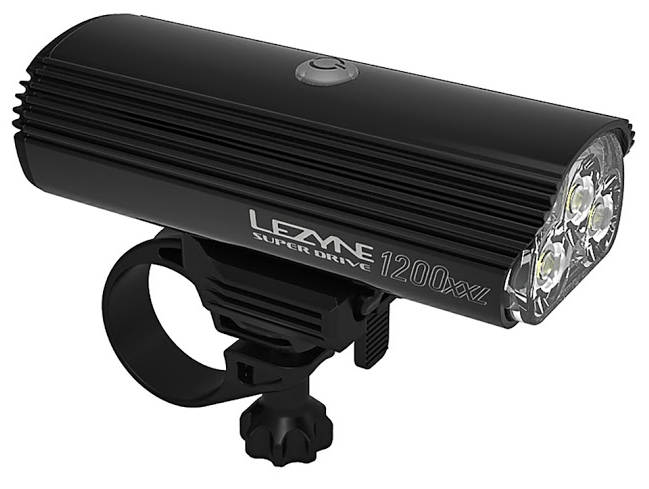 It's probably the most powerful battery light that meets the Road Vehicles Lighting Regulations, thanks to its StVZO (German) approval. The headline figure of 205 lumens sounds modest, but a clever lens design puts that light down onto the road where it's useful instead of shining it everywhere like a torch. There's some side illumination too. The integral Li-ion battery lasts from 2.5 to 25 hours, depending on mode, and recharges via USB. A charge indicator lets you know when it's running out of juice. It weighs 165g and can be mounted to handlebar or helmet. It's waterproof and is rated to work down to minus 20 degrees centigrade. 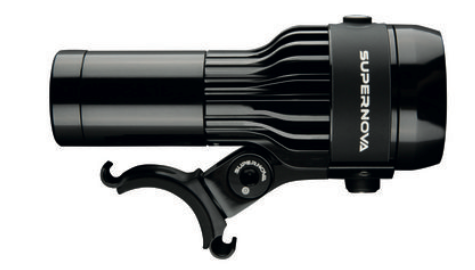