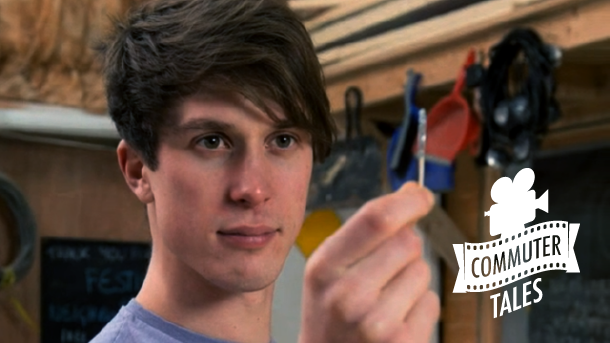 Welcome to Commuter Tales. Find out about the rides of every-day commuters Rob, Ben and Chloe.

Chloe is one of Cyclescheme's 12 Super Commuters. Representing the South East she is, in her own words, a 'single speed fixiegirl' who is a total convert to commuting to work by bike.

Find out how she went from feeling lethargic and tired on her morning train commute, to relishing her cycle to work, come rain or shine!

Ben is another one of Cyclescheme's 12 Super Commuters, he represents London and is a teacher. We had guessed that Ben could wax lyrical all day about his bike’s ability to reduce his commuting time and unsurprisingly this video substantiates our assumptions!

Ben loves the exhilaration of city riding, which as we all know is not for everyone, but those who enjoy active travel and a bit of adventure will certainly find resonance with Ben's feelings.

Rob is a total cycling convert. He has already bought two bikes through Cyclescheme, and is still as enamoured with cycling as ever. He has even earned himself the nickname, 'Lycra Dude' in his office!

Watch on to find out how he caught the cycling bug.

Video - Any bike. Any brand. Anywhere.

Video - The Health Benefits of Cycling

Cycling is an easy, convenient way to fit exercise into your daily life.