Save money and spread the cost on Marin bikes.

Named after the birthplace of the mountain bike, the Californian company also has hybrids, road bikes, e-bikes and more in its line-up.

Marin County, California, is where mountain biking began in the 1970s, with adrenaline seekers on fat-tyre clunkers racing each other down the dirt roads of Mt Tamalpais. The Marin bike company was born a decade later. It was founded by Bob Buckley in 1986 after he took up mountain biking on his doctor’s advice.

Marin is based in neighbouring Sonoma County but its bikes have long been named for the eponymous county’s landmarks – Muirwoods, Pine Mountain, Eldridge Grade, and so on. Mountain bikes forged Marin’s reputation. In 1999, British rider Paul Lasenby became the first person ever to win a national cross country title on a full-suspension bike – a Marin Mount Vision. Marin’s distinctive QUAD-Link suspension design was a common sight at UK trail centres through the Noughties. More recently, a Marin Wolf Ridge built around equally distinctive R3ACT 2PLAY suspension won a Design and Innovation Award.

Mountain bikes aren’t the only strings to Marin’s bow, however. The company has produced road bikes and hybrids since 1991, and it now has a full line-up of road bikes, adventure bikes, town bikes, commuters, kids’ bikes, and e-bikes. Here’s a few of the better options for the journey to work. For more, visit Marin’s website. 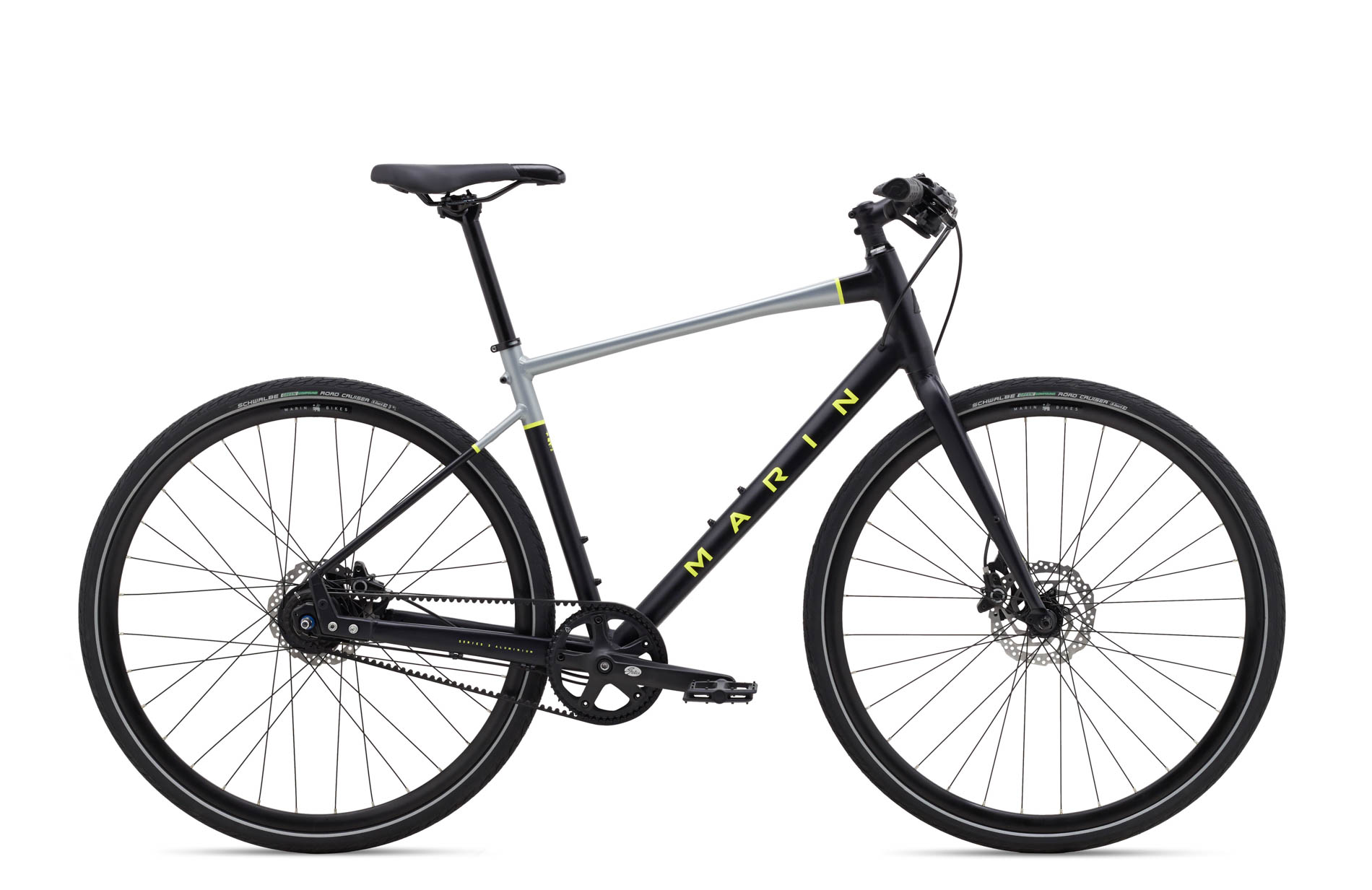 Named for a beach, this comfortable, fat-tyre hybrid is capable of much more than cruising along promenades. The aluminium frame and steel fork have the fittings required for full mudguards and pannier racks. A high handlebar and adjustable-angle stem provide an upright riding position that’s easy on the lower back and good for looking around in traffic. It’s easy to put a foot down too, as the seat angle is very slack. The Stinson’s 27.5x2in tyres will be untroubled by badly surfaced roads or relatively smooth tracks. Gearing is basic – 3x7 Shimano Tourney – but wide range, while the V-brakes are decent stoppers. A step-through version is also available. 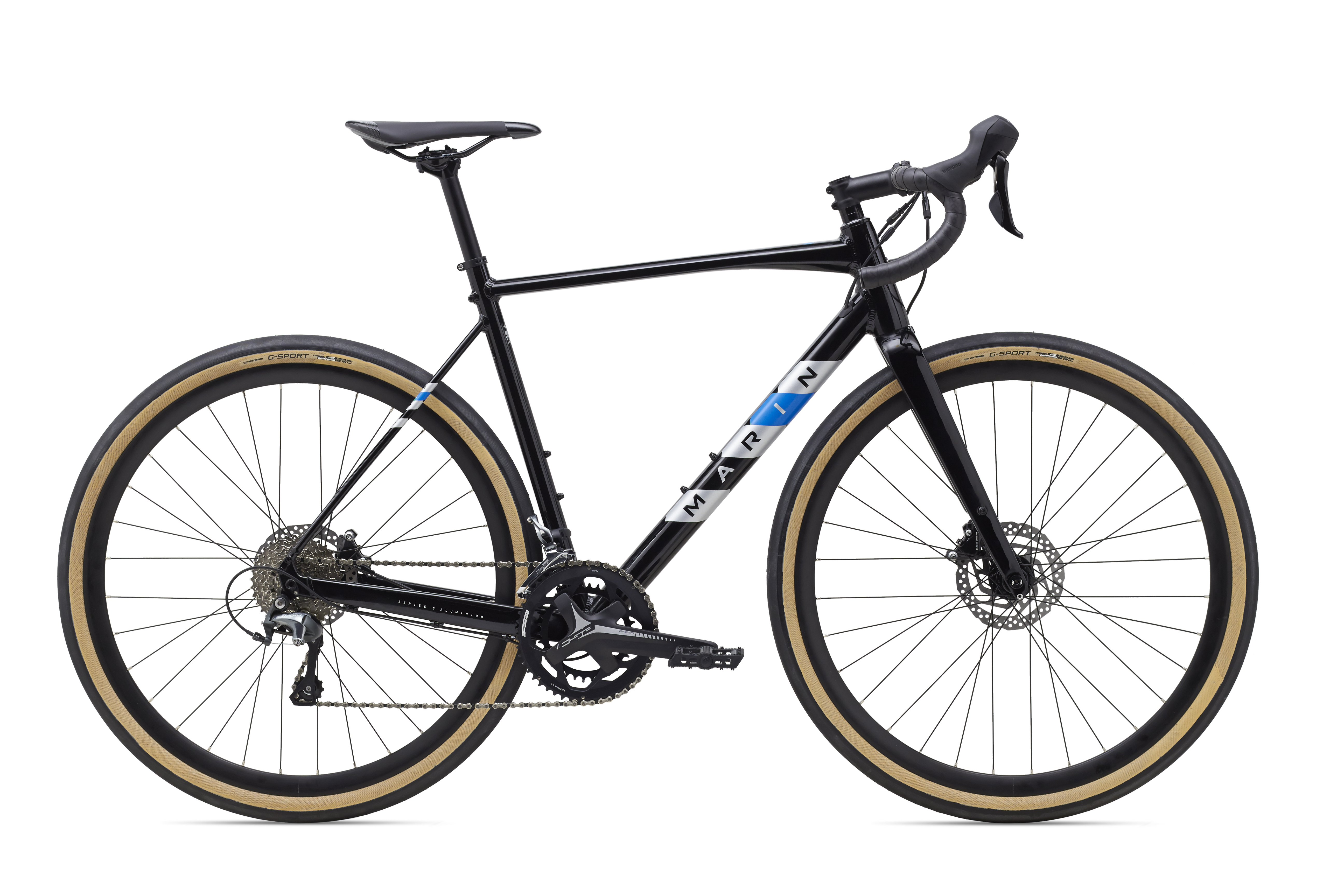 Marin describes the Four Corners as a ‘utilitour’ bike; it’s designed for touring, bikepacking, and commuting. Its robust chrome-moly steel frame and fork have fittings for everything – mudguards, racks, multiple bottles, and more. The riding position is more upright than a road bike’s for better long distance or day-to-day comfort, and it will accept tyres up to 2.1 inches wide. It comes with 42mm width tyres, in smaller-diameter 650B for the XS and S models and in 700C for the M, L and XL sizes. Gearing is 3x9 Shimano Sora that goes low enough for all but the very worst hills, while the brakes are Tektro Spyre-C dual piston mechanical discs. 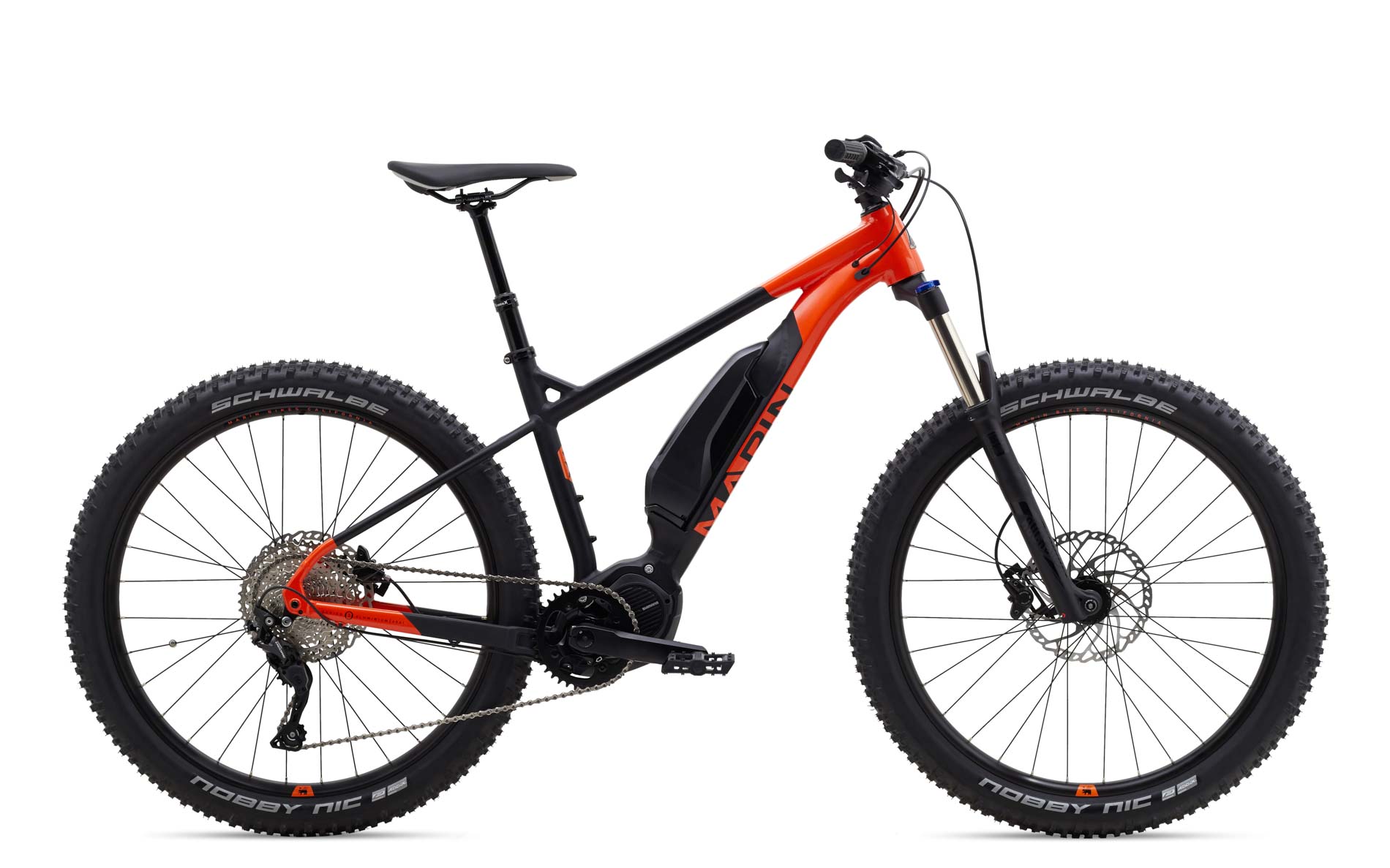 There are four bikes in Marin’s Presidio range of hub-geared, disc-braked city bikes. This is the top model, distinguished not just by higher quality components but by its commuting accoutrements: it comes with mudguards, a rear rack, hub-dynamo powered lights, and a kickstand. It’s fairly light for a fully equipped bike, thanks to an aluminium frame and carbon fibre fork. The gearing utilises a wide-range 11-speed Shimano Alfine hub and a Gates belt drive rather than a chain, which won’t rust or need oiling. Shimano U300 hydraulic disc brakes are low maintenance and high powered – just the thing emergency stops during SMIDSY moments! (‘Sorry, mate, I didn’t see you…’)

*Prices assume your employer has switched to the new scheme.