What to Do After a Cycling Accident 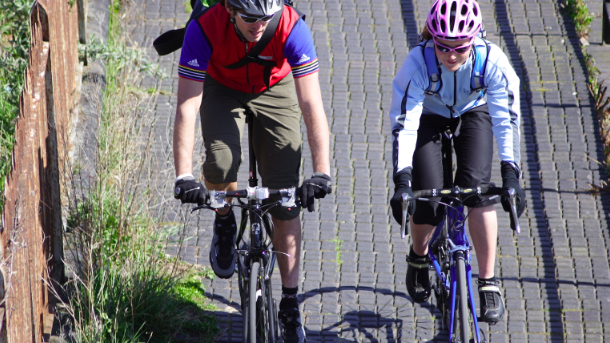 You're cycling along minding your own business, then BANG! You're on the tarmac. Maybe you've hit a pothole; maybe a driver didn't see you. Either way, you're on the road, feeling shocked and disoriented. Here's a 10-point checklist to follow should you be involved in an accident.

You're cycling along minding your own business, then BANG! You're on the tarmac. Maybe you've hit a pothole; maybe a driver didn't see you. Either way, you're on the road, feeling shocked and disoriented. At this point, your body dumps adrenaline into your bloodstream. This masks the pain of any injuries you've received and can make you act without thinking. You can end up admitting liability when it wasn't your fault, assuring everyone you're okay when you're not, or trying to continue your journey to work when you should be going to A&E. Stop a moment. Try to override the fight-or-flight response and take stock.

1. Look after your own safety

Get yourself out of further harm's way. If you're able to get off the road, do so. It's normal to feel light-headed. Sitting down or even lying down can help deal with this. You might be more badly hurt than you realise. Stay sitting, breathe deeply, and assess your situation. If you're seriously hurt, call an ambulance (phone 999 or 112). If you're not sure, call 111; that's the non-emergency number.

2. Look after the safety of others

Cyclists seldom cause casualties, but it's possible. You don't know first aid? Download the free First Aid for Cyclists smartphone app from St John Ambulance. If no one else is injured, and if you're more or less okay, the next step is to make the scene of the accident safe – assuming it's safe to do so. If your bike’s in the road, moving it onto the pavement is likely to be the first thing you’ll do, for example.

3. Get the other party's details

If a driver was involved, make a note of the vehicle registration – on your phone, unless you happen to carry a pen and paper. The car's colour, make and model are also useful details. Get the driver's name, address, and insurance details. If you're knocked off your bike by someone's animal, try to get the owner's name and address.

Photos locate the incident. Take several pictures from different angles, using your phone. The metadata for a digital photo will also list, among other things, the time it was taken. If you're taking photos of a pothole, show where it is on the road and put another item by it to give an idea of depth and size. You can also take photos of, for example, mud on the road, if that caused you to crash, or of a driver's number plate if they won't exchange details.

Get the names and phone numbers of anyone who saw the incident and is willing to give an account of what they saw. This could be crucial if a case goes to court.

If a motor vehicle was involved, report the incident to the police in person, either to an officer or at a police station, as soon as possible. Ask for the police incident number and the name of the person you speak to.

If a pothole caused your cycling accident, or another problem with the road, you will usually need to contact your local council – either directly or via FillThatHole. The local council will deal with mud on the road or other obstructions too.

If you need immediate medical attention, go to A&E. If you're 'walking wounded' and discover an injury a day or so later, visit your GP. Either way, you then have evidence that you were hurt in the incident – and of when it happened. Don't just swallow painkillers and soldier on. Leaving a minor injury untreated could mean it gets worse, so don’t wait to get it checked out.

Irrespective of whether there may be a criminal case, a solicitor can provide legal advice following a cycling accident as well as pursue a civil claim for damages to you or your property on your behalf. It's worth talking to a solicitor who specialises in cycling accidents; search online for 'solicitor cycling accidents'. Members of cycling organisations such as British Cycling, CTC, and London Cycling Campaign get access to cycling solicitors as a membership perk.

9. Deal only with your own insurer

Cyclists don't have to have vehicle insurance like motorists, but you can get accident cover and third-party liability cover through:

Pass on any correspondence from a third party to your own insurer. Don't deal directly with anyone else's insurer, especially if they make an immediate offer.

If your bike or its accessories are damaged as the result of an accident, don't fix or replace them immediately. Take the bike to your local bike shop and get a quote for repairs, in writing. If the bike is a write-off, get a quote for a like-for-like replacement. If you incur costs because of the accident – for example, public transport costs because you are unable to cycle – keep all your receipts.

The burden of collecting evidence for a civil claim falls upon you – at a time when you might be least able to do that, due to injury - so it's hard to overstate the value of having someone else ready to fight your corner for you.

Cycling accidents are rare but they do happen, so it pays to be prepared.

How to: Ride in winter

February and early March sometimes see the worst of the winter weather, but you can usually keep...

How to adjust your brakes

Effective brakes are essential for safe cycling. Checking and fine-tuning them requires few...

How To: Beat the winter blues by cycling to work