The Cyclescheme Seven: what's your commute really like? (Richard) 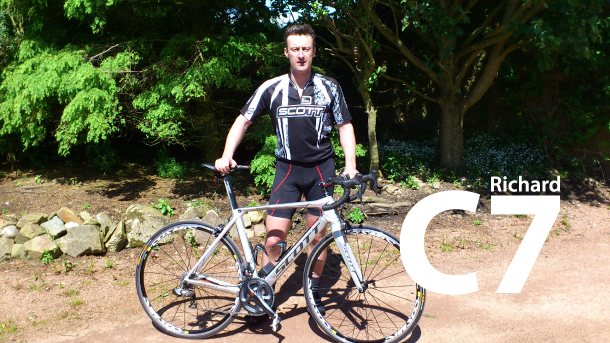 Ever wondered how your commuting experience differs to others? Each month we share the story of a real Cyclescheme cycle commuter and ask them seven questions to sum up their experience from their two-wheeled commute. This month, it's Richard from Scotland.

This month we caught up with Richard from Scotland to see how his commute has changed his life.

Richard: I currently live north of Ellon in the North East of Scotland

Richard: Getting a bike through the Cyclescheme enabled me to get something I otherwise wouldn’t have been able to afford.

Richard: The bike I Purchased was a Scott Foil 15.  My reason for choosing this bike was I wanted something I could use for to compete in sportives with and not just commuting.  I’ve recently joined my local cycling club who hold time trials and I’d like to compete in those too.

Richard: As I had a wheel upgrade the total I spent was £4044.  Fortunately my employer paid for the additional credit (under a Consumer Credit Licence (CCL)) which means I’m not limited to a £1,000. (For more information about CCLs, check out our FAQs here.)

Richard: I usually commute 3-4 times a week depending on the weather.  As the distance is 27 miles one way a strong wind has a huge impact over the distance of the journey.  This can take the journey time from 1hr 20minutes to nearly 2hrs.

Richard: My commute is from my home near Hatton to Dyce, Aberdeen.

Richard: Since cycling to work I have lost a lot of weight and gained a lot of energy.  As I like to take part in cycling events I don’t need to do any additional training as my commute does it all for me.  As my daily commute is in the region of 50 miles when driving (longer when I cycle to avoid main roads) I’m saving nearly £50 a week in petrol.