The Cyclescheme Seven: what's your commute really like? (Paul B) 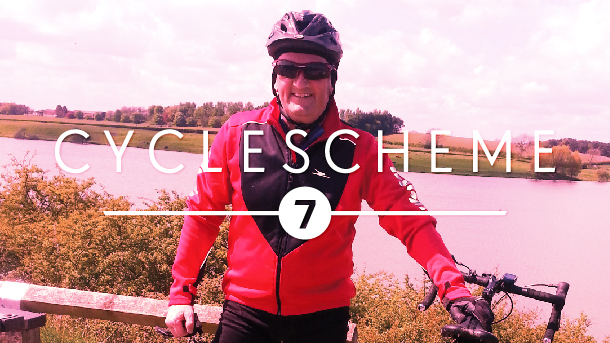 Ever wondered how your commuting experience differs to others? Each month we share the story of a real Cyclescheme cycle commuter and ask them seven questions to sum up their experience from their two-wheeled commute. This month, it's Paul.

This month we caught up with Paul to see how his commute has changed his life.

Paul: I am situated in Seaburn - the coastal part of Sunderland, North East England.

Paul: My main motivation for obtaining a bike through the scheme was to improve fitness and reduce some weight with the additional bonus of reducing fuel costs.

Paul: I have purchased two bikes since 2009-the first was a Giant Defy 2.5 road bike. Road biking was new to me and I fell in love with it immediately. The second bike was in 2013 and was a Cannondale Caad x cyclocross. I wanted to maintain the speed with the off-road experience and have been very happy with it. It is fair to say that cycling has taken over my life and since may 2013 i have cycled 4,500 miles and will shortly be cycling from London to Paris.

Paul: I commute to work around three times a week which is only 4.2 miles each way.

Paul: This commute is from Seaburn to Boldon Colliery. Whilst at work, I have access to a job mountain bike and often cycle up to 30 miles per shift around South Tyneside area.

Paul: As mentioned earlier, cycling is now my main fitness activity. I have completed a number of coast to coast challenges and completed tough rides in the lake district too. I am presently riding around 180 miles per week and am totally hooked. I very much doubt that this would be the case without the assistance of the cycle to work scheme.