Wales’s biggest city is flat and compact, making it well suited for bikes if cycling infrastructure continues to improve.

Cardiff is the capital of Wales in more than just the political sense. As well as being home to the Senedd, the Welsh parliament, it’s also the cultural, sporting, and financial centre of the country. Tourist attractions range from castles to shopping arcades; the Millennium Stadium is the home of rugby in Wales, and many big businesses are headquartered here. A port for centuries, Cardiff’s growth was powered by the export of coal from the Welsh valleys. In recent decades there’s been extensive regeneration, particularly of Cardiff Bay.

Cardiff has the right ingredients to become a leading cycling city: it’s flat and compact, and cycling levels are already higher than the UK average. In Cardiff’s 2017 transport survey, an impressive 12.4% of respondents reported cycling to work five days a week. Yet there’s work to do. The same survey found that over half of respondents were ‘fairly’ or ‘very dissatisfied’ with cycling facilities in the city…

The best type of bike for cycling in Cardiff

Cardiff is mostly flat and low lying, being built partly on coastal marshland. It’s hillier to the east and west, and increasingly so to the north as you go inland, but within its urban borders you don’t need the range of derailleur gears. A 3-speed hub gear or even a singlespeed should be sufficient.

Mudguards, however, are essential, and a chainguard to keep the rain off your bike’s drivetrain wouldn’t go amiss. Cardiff is wet by any measure. If you go by the amount of days with rainfall, it’s comfortably in the UK’s soggiest top ten cities. By the total amount of rainfall, it’s number one. That tells you that when it does rain in Cardiff, it isn’t light drizzle: it’s proper Welsh rain. 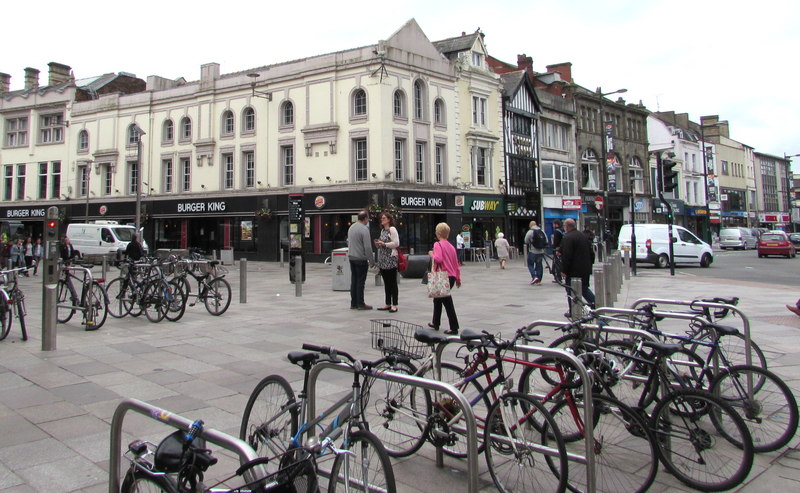 For day-to-day commuting in Cardiff, the Gazelle Esprit C3, RRP from £499, ticks all the boxes: mudguards, chainguard, pannier rack, 3-speed hub gears, roller brakes that aren’t affected by the rain, plus hub dynamo lighting to keep you visible on overcast evenings. High-step (with a top tube) and low-step (without) versions are available.

Younger or sportier cyclists wanting a lighter-weight runaround would be well served by the Vitus Vee City Bike SS, RRP £299.99. It’s a singlespeed ‘urban mountain bike’ with fittings for full-length mudguards and a rear pannier rack. Its big tyres will cope well with bad roads or unsurfaced tracks.

Like most cities, Cardiff’s cycle network is a work in progress: 58 miles so far, with more being added each year. Cardiff Council produces a cycling and walking map of the city, which shows signed cycle routes on roads and traffic-free cycle tracks. You can download this Cycling and Walking Map or pick up a paper version from local libraries. 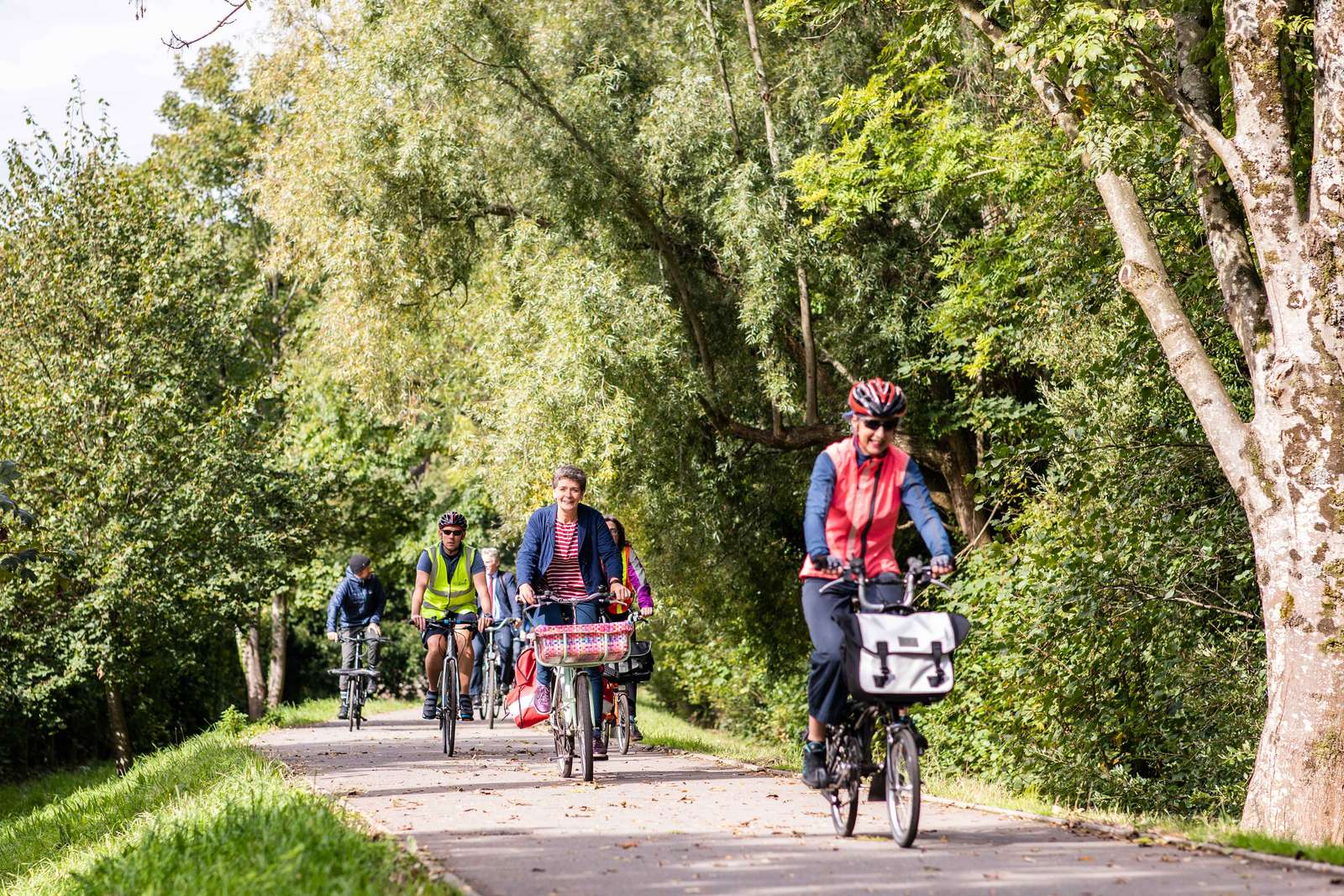 The map also shows cycle parking and Nextbike cycle hire stations. Cardiff has 500 bikes across 50 bike stations. Hiring one costs £1 for every 30 minutes or £10 for 24 hours.

Five cycle superhighways are in development. They run outwards from the city centre to and through the suburbs of Cathays, Rumney, Cardiff Bay, Llandaff, and Ely.

While the M4 avoids the city itself, Cardiff has its fair share of busy A-roads and impatient drivers. Use the Cycling and Walking Map, along with navigation tools like the Cyclestreets app, to stay away from them as much as possible.

Rail links from Cardiff are the best in Wales, with intercity trains east to Bristol and London and west to Swansea. Local links are good too: Cardiff has a suburban rail system, Valleys & Cardiff Local Routes, which is operated by Transport for Wales Rail Ltd. There are 20 stations within Cardiff alone. The trains carry only two bikes each, and you sometimes need a (free) reservation. So if you’re taking a bike by train regularly, get a folder. A folding bike is the only way to combine cycling with bus travel, whether locally with Cardiff Bus or further afield with Stagecoach.

There’s a couple of great Sustrans routes from Cardiff city centre that are wholly or nearly traffic free. The Taff Trail heads north from Castle Street, passing through Bute Park and Hailey Park on riverside paths before ducking under the M4 and arriving at the fairytale Castle Coch. Family cyclists might turn back here, but for those feeling more adventurous the Taff Trail runs all the way to Brecon, 55 miles from Cardiff.

The Cardiff Bay Trail is a 4.5 mile circuit around Cardiff Bay, passing over the Barrage and right past the International Sports Village, the Dr Who Experience (the TV show is filmed in Cardiff), and the Senedd. You can turn this into a longer ride by following NCN 88 through Penarth, then picking it up again at Barry and perhaps riding as far as Bridgend. 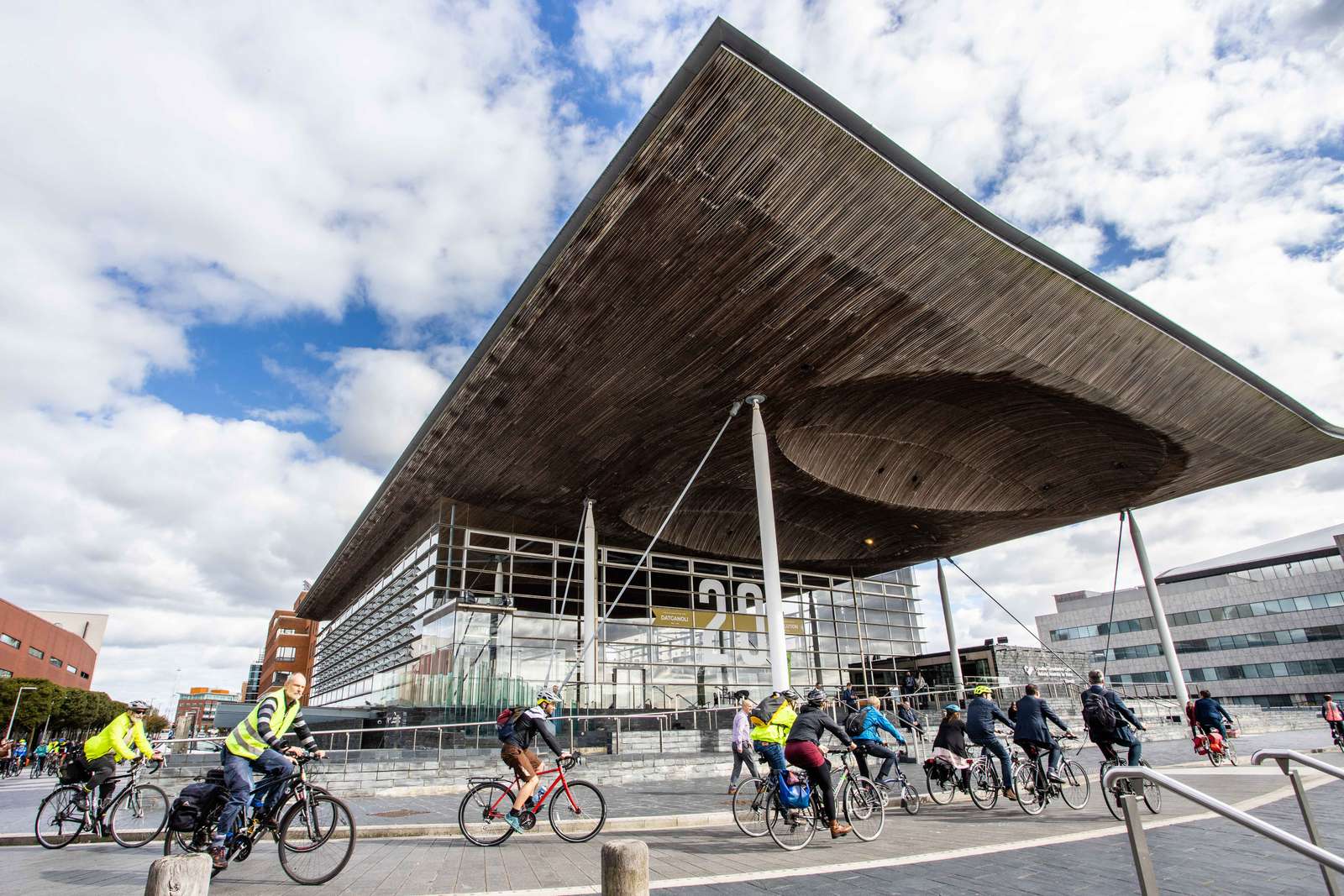 Fit road cyclists can head out through the northern suburb of Lisvane to Caerphilly; Graig Road has some testing climbs. Big weekend rides might stretch as far afield as the Brecon Beacons or the Black Mountains, or you could take it easier over the less demanding contours of the Vale of Glamorgan.

There are some fantastic mountain biking destinations near Cardiff. Bike Park Wales, about 20 miles away at Merthyr Tydfil, has the UK’s biggest and most diverse selection of purpose-built trails. There are routes for beginners through to experts, along with a bike shop, a café, and even an uplift service to take you to the top of the hill. Cwmcarn Forest, also about 20 miles away, has two challenging red-graded trails (‘difficult’), and a downhill trail (‘extreme’) with big jumps.

Keeping your bike secure in Cardiff

Cardiff is one of the worst places in Wales for bike theft. Only Newport has been worse in recent years. While neither city comes close to England’s theft hotspots (London, Cambridge, and Oxford), it nevertheless pays to be vigilant when you leave your bike in Cardiff.

Nationally, the vast majority of bike thefts take place not on the street but in ‘semi-private’ locations at home. That means on your property but not in the house – for example, a garage, shed or garden. Lock your bike to a wall or ground anchor if it will be in one of those locations. Alternatively, park it indoors.