How to cycle on main roads

Cycling is more pleasant on quiet routes but main roads might be the only option for part of your journey.

Cycling is generally permissible on all roads except motorways. In themselves, major roads are fine by bike. They’re direct. They’re better maintained, with potholes fixed sooner and surfaces treated first when it’s icy. The issue is traffic. Fumes and noise are unpleasant; close-passing drivers are alarming. Even if it takes longer, it’s usually better to use a quieter route. Yet that isn’t always possible or, if you’re pushed for time, practical. How to behave on bigger roads depends to some extent on where they are.

With higher speed limits, traffic moves much faster. Drivers tend to treat the maximum as the speed they ‘should’ be travelling at. The big speed differential between driver and cyclist means they’ll have less time to react to you. Your visibility, particularly in less optimum conditions, is critical.

A flashing rear light can help even in daylight, as can clothing that isn’t ninja black, but road positioning remains vitally important. Hugging the kerb will encourage drivers to overtake you without straddling or crossing the centreline, so ride some distance out – the secondary position. Take the lane at junctions, pinch points, etc. 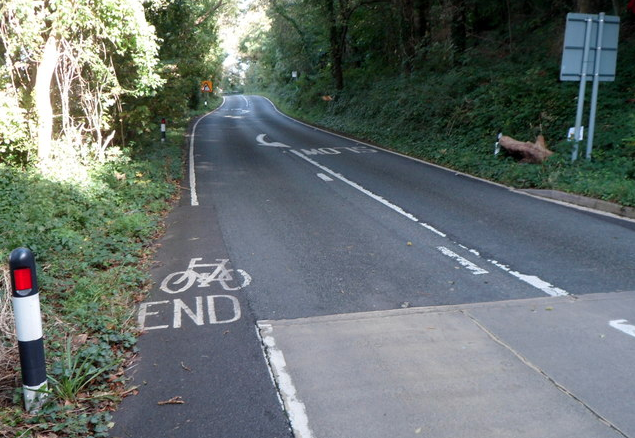 You need to broadcast your intentions in plenty of time; a car travelling at 60mph is covering 27 metres per second. When you’re changing position on the road – to turn right, for example – signal clearly and early, and make no sudden moves. At roundabouts and junctions, be unambiguous about where you’re going by taking the lane.

The worst roads are: busy, narrow ones with a 60mph speed limit and poor sight-lines; and ring roads, which have lots of junctions and drivers jostling for position as they change lanes.

In urban areas, main road traffic becomes congested. Average speeds are low. A bike is often the fastest vehicle, and the speed differential between you and motor traffic will be small. The problem is not so much drivers reacting too late (or at all!) but bullying their way into your space. Do not be shy about taking your lane. You’ve got just as much right to get where you’re going – and to do so safely. This is not incompatible with being a virtuous cyclist. Be firm, but fair.

Clear communication remains important, especially when changing lanes. You can progress when drivers can’t by filtering and getting to the head of queues at traffic lights where there’s an advanced stop line (i.e. bike box). You can also use most bus lanes, but never risk going up the inside of buses or lorries.